Tooley Street was filled with hundreds of police officers and dozens of police cars and vans on Saturday afternoon after members of the English Defence League crossed Tower Bridge at the end of their demonstration in Tower Hamlets and the City of London. 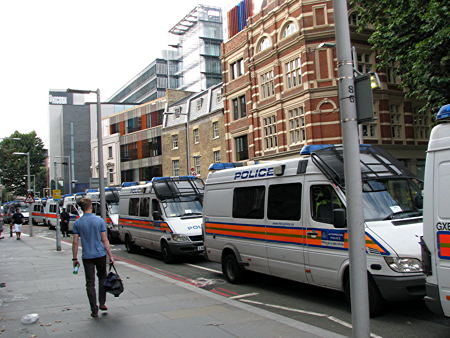 At least 45 police cars and vans were lined up on Tooley Street (photo: Paul Jorgensen) 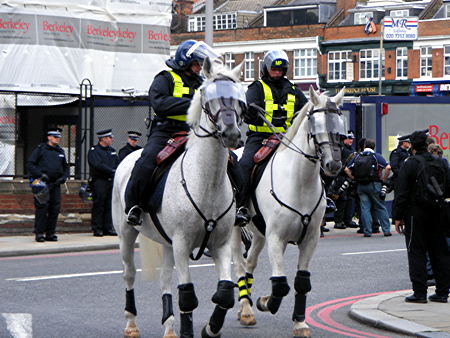 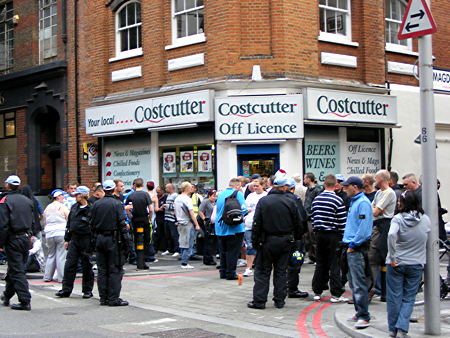 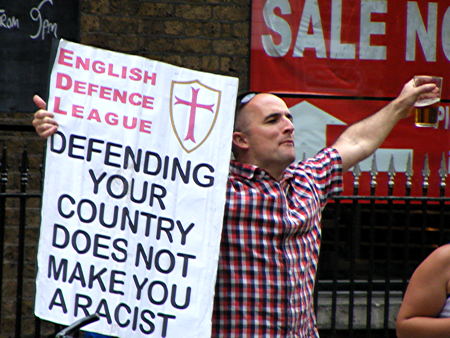 The EDL's event was a static demonstration – billed as a protest against Islamist extremism – because home secretary Theresa May had banned marches in Tower Hamlets, Newham, Waltham Forest, Islington and Hackney for the month of September. The ban was later extended to the Square Mile at the request of the City of London Police but no such prohibition exists south of the river.

According to the Metropolitan Police about 1,000 people took part in the EDL demonstration near Aldgate Underground Station whilst 1,500 attended a counter-demonstration in Whitechapel Road.

At one point there were more than 45 police vans and cars on Tooley Street, with many more tucked away in side streets and at London Bridge Station.

Participants in the EDL event made their way to London Bridge Station or boarded coaches in Tooley Street. Some stopped for a drink at Tooley Street pubs and bars including Platform and The Cooperage.

At Costcutter on the corner of Tooley Street and Magdalen Street the shopkeeper brought down the shutters after police had to intervene to calm an angry crowd when staff tried to restrict the number of customers on the premises.

Police officers also blocked a confrontation between protestors wearing EDL tabards and a group of Asian youths near the junction of Tooley Street and Queen Elizabeth Street. The EDL supporters chanted "Whose country? Our country!"

Bus services were diverted and curtailed because of the police operation on Tooley Street.

A Metropolitan Police spokesman said that 12 people were arrested during the day for offences including affray, drunk and disorderly and assault on a police officer, common assault and possession of drugs.