Several hundred supporters of the English Defence League assembled in Bermondsey on Saturday to march across the river to Tower Hamlets. 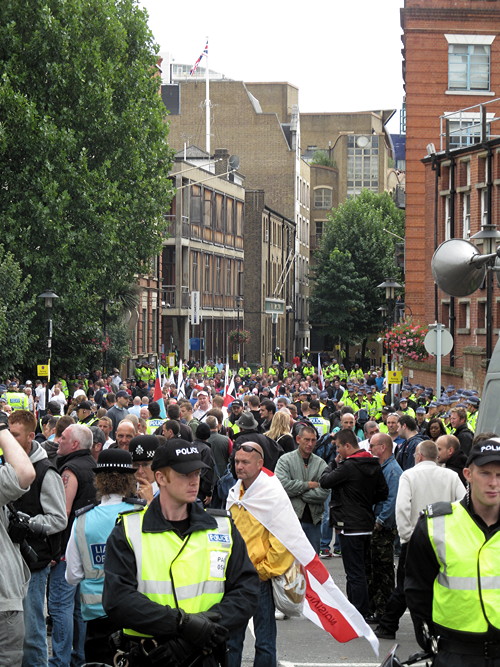 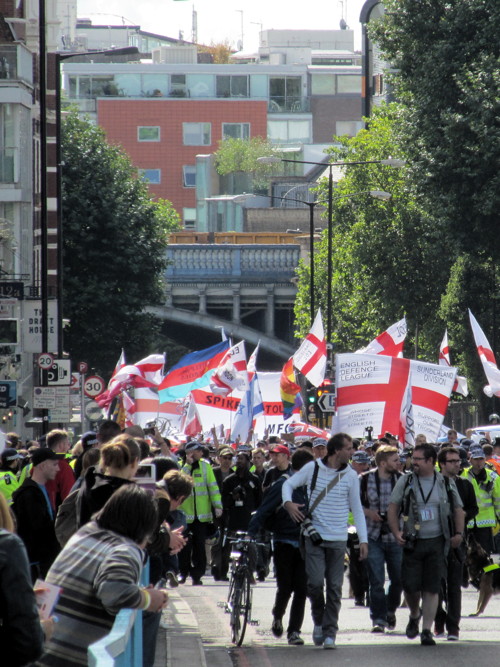 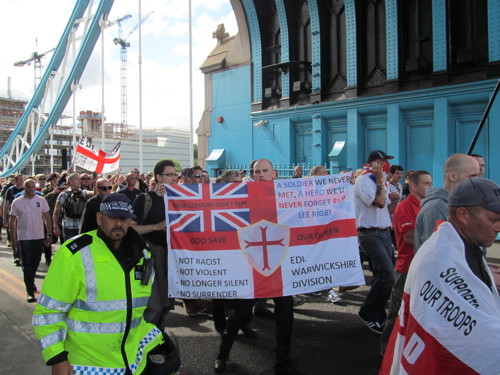 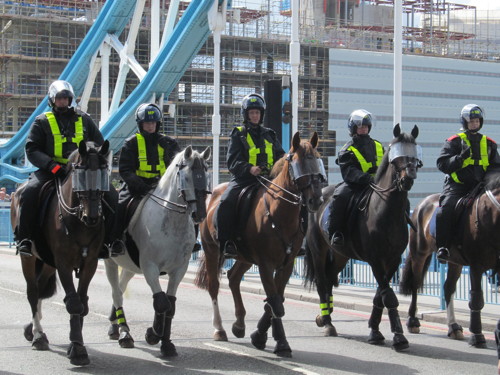 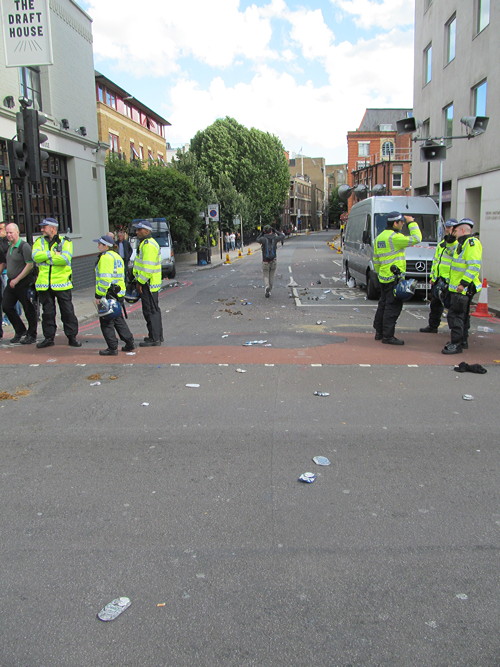 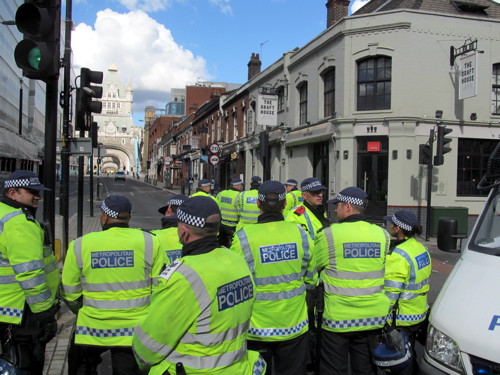 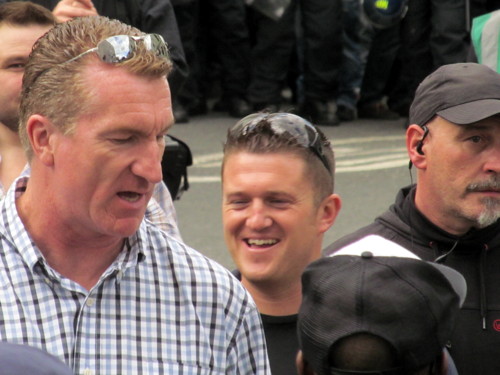 The EDL objects to what it regards as the spread of Islamism, Sharia law and Islamic extremism in the UK and chooses to direct many of its protests at the borough of Tower Hamlets in east London.

The Metropolitan Police used its powers under the Public Order Act to restrict the route and timings of the event, although some – including Southwark Council leader Peter John – would have preferred an outright ban.

Coaches and minibuses brought EDL supporters from around the country to Tooley Street and Jamaica Road before the protest march formed up in Queen Elizabeth Street.

A huge police operation was launched to monitor the protest and to keep the EDL supporters separated from anti-fascist groups who gathered on the other side of the river.

As the march crossed Tower Bridge, more than 300 craft competing in the Great River Race
passed underneath the bridge.

On the bridge, some of the EDL supporters chanted "Allah, Allah, who the ---- is Allah?"

The EDL held a rally near Aldgate before returning to Queen Elizabeth Street.

As the march headed south along Tower Bridge Road, EDL leader Tommy Robinson was arrested and driven away in a police van.

A police spokesman confirmed that a 30-year-old man was arrested for breaching section 14 of the Public Order Act 1986 and inciting others to do the same.

More than 20 police vans were parked on Tooley Street and Jamaica Road, including vehicles from Thames Valley Police and Hampshire Police.

Several pubs and shops around Tower Bridge Road and Tooley Street closed their doors during the march.

It is two years since the EDL staged a similar march which ended in Tooley Street.