Bankside Hilton hotel site up for sale for £35 million

A hole in the ground in Great Suffolk Street is up for sale for £35 million after a dispute between two partners in the company that was developing a new Hilton hotel. 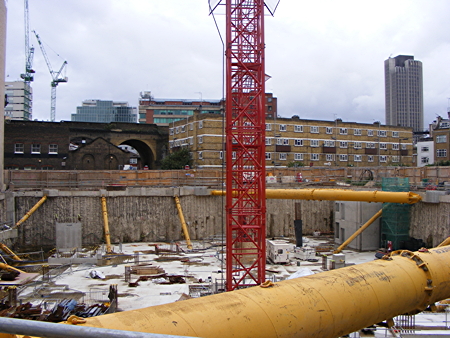 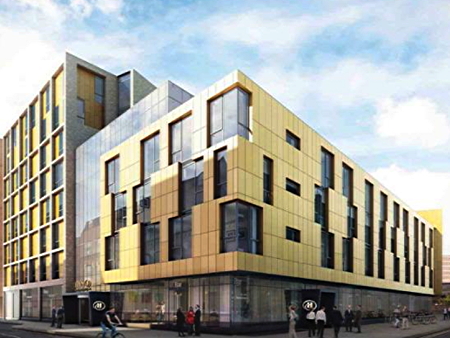 It is a year since excavations first began at the site of the new hotel but work had already ground to a halt by the time Hilton announced details of the Hilton London Southbank in early July this year.

The site has planning permission for a 280-bedroom hotel including 20 suites, a large ballroom capable of accommodating up to 700 people, health and leisure facilities, restaurant, bar, business centre and meeting rooms.

Even though work has stopped, Price's Street remains closed to traffic and pedestrians.

According to The Times, the site has been put on the market after a High Court ruling over a dispute between the wealthy property developers Shiraz Boghani and Bashir Nathoo, co-founders of the Splendid Hotel Group.

"This part of London is seeing rapid growth and gentrification," says Paul Bartrop, director of CBRE Hotels which has been instructed to market the site for £35 million.

"The Southwark Hilton site represents a first class opportunity to acquire a high profile hotel development project complete with full planning permission where much of the hard work has already been done."

Any buyer will have to spend another £47 million to complete the building.

Hilton did not respond to a request for comment on the status of the development.