Work starts on installation of 4,400 solar panels at Blackfriars Station

Work has started on the installation of more than 4,400 photovoltaic panels on the roof of the new Blackfriars Station. 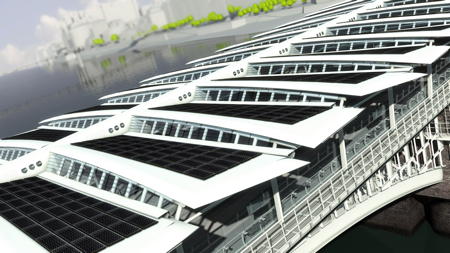 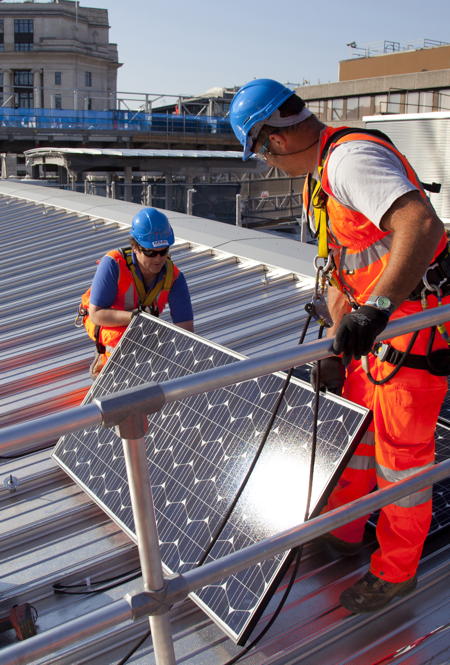 As we reported earlier this year, the roof of the new station will incorporate over 6,000m2 of PV panels, creating the biggest solar array in London.

The solar panels will generate an estimated 900,000 kWh of electricity every year, providing 50 per cent of the station's energy and reducing CO2 emissions by an estimated 511 tonnes per year.

In addition to solar panels, other energy saving measures at the new station will include rain harvesting systems and sun pipes for natural lighting.

The company behind the solar engineering and installation is Waterloo-based Solarcentury which worked with engineers Jacobs to incorporate solar PV into the station design.

"Blackfriars is an ideal location for solar; a new, iconic large roof space, right in the heart of London.

"Station buildings and bridges are fixed parts of our urban landscape and it is great to see that this one will be generating renewable energy every day into the future.

"Unknown to most, there are many hundreds of buildings now powered by solar in the capital as investment in this technology increases. For people to see that solar power is working is a vital step towards a clean energy future."

Solarcentury is based in Lower Marsh. Earlier this year the company received the Queen's Award for Enterprise.

The only other known solar bridge in the world is in Brisbane, Australia.

The solar panels for Blackfriars Station have been funded by the Department for Transport's safety and environment fund which provided Ł7.3 million.

When the new Blackfriars Station is completed it will have a new entrance on Bankside as well as the north bank.