The former owner and manager of the Jasmine Garden and Red Planet Pizza takeaway near Bricklayers Arms has pleaded guilty to a series of food safety offences after a cockroach was found in a Chinese meal ordered for a meeting of company directors. 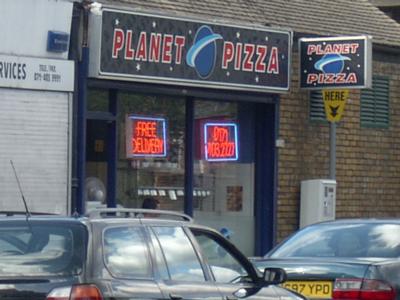 The premises pictured in 2003

Following a complaint about the Jasmine Garden and Red Planet Pizza establishment in Bartholomew Street, Southwark Council's food safety team carried out an investigation and discovered an infestation of cockroaches at the premises.

Council officers also found that routine cleaning was not up to standard.

A range of food ingredients was kept in uncovered containers in the preparation area while there was a significant active cockroach problem.

Food team officers closed the premises using hygiene emergency prohibition procedures in October last year. The premises were closed for four days for cleaning. The cockroaches were treated by a pest control company.

Red London Bridge Ltd also pleaded guilty to the same six offences under the Food Safety Act. In total Mr Elghamry and the company were fined Ł750 and ordered to pay costs in the region of Ł4,350.

"Prosecutions like this send out a clear message that we will not tolerate restaurants and food outlets breaking the law and putting the health of the public at risk.

"With the help of the public in coming forward and reporting these kind of breaches, we continue to remain vigilant to this kind of offence. I'm proud to be able to say that Southwark is on track to stay within the top quarter of inner London boroughs for food safety performance."