The Elephant & Castle Leisure Centre will close in June in preparation for the demolition of the building and redevelopment of the site, a senior Southwark Council officer has said. 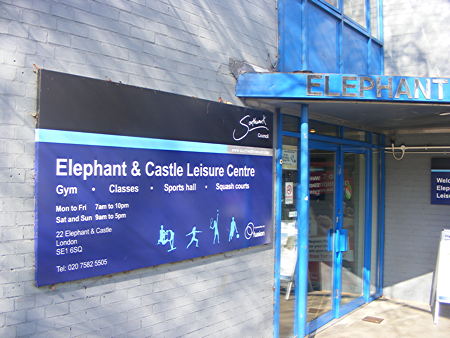 News of the plan to close the centre in June was provided by Steve Platts, Southwark Council's director of regeneration, at a meeting of the borough's cross-party overview and scrutiny committee on Monday night.

This is the first time that the council has been more specific than 'summer 2012' about the timetable for the closure of the run-down but well-used leisure centre.

Last month the council held a public exhibition of the latest proposals for the new leisure centre and swimming pool which will occupy the western half of the current site. The eastern half of the site has been sold to Lend Lease which is planning a 36-storey residential development.

Responding to questions from Lib Dem Cathedrals ward councillor Geoffrey Thornton, Mr Platts confirmed that the councils is in talks with owners of nearby sports facilities about providing alternative access to sports facilities during the two-year closure.

"[The leisure department is] looking at the potential to use alternative leisure facilities in Elephant & Castle area and make them more available to the general public," he said.

"That includes two existing facilities where we are in negotiation with the owners about potentially putting some minor investment into them to make them more publicly accessible and to promote them as a public resource.

"I think both facilities are currently available to the community but I don't think it is generally known."

It is likely that one of the venues referred to by Mr Platts is the London South Bank University sports centre.

"Hopefully we will have an announcement before we close the leisure centre which is planned for June," he said.

Cllr Thornton also sought clarification about the future provision of public squash courts in the borough and the proposed reduction in sports hall capacity at the new centre compared to the current building.

"We have looked again and again to see if we can provide squash courts on that site, and the answer is, unfortunately, that we can't," said Cllr Fiona Colley, cabinet member for regeneration.

Last month Cllr Colley answered a written question tabled by Cllr Graham Neale about the future of the Latin American church, the Comunidad Cristiana de Londres, which meets in the sports hall on Sundays.

"The council has recently been reviewing the council’s property portfolio and subsequently, the team met with the church ... to discuss their requirements," said Cllr Colley.

"Unfortunately, at this time, the council does not own anything suitable as a direct replacement, but we have suggested a couple of smaller properties which the church is now reviewing.

"The council have also suggested a few non-council owned properties that may be suitable, but it will be the responsibility of the church to approach the responsible agents.

"Should anything of a suitable nature come available in the future, it will certainly be brought to their attention."