Dozens of elm trees were carried through the streets of Lambeth on Friday afternoon as 50 seven-year-olds from Walnut Tree Walk Primary School helped to move the saplings to their summer home at Lambeth Palace. 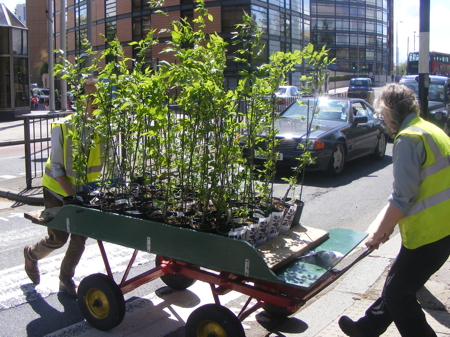 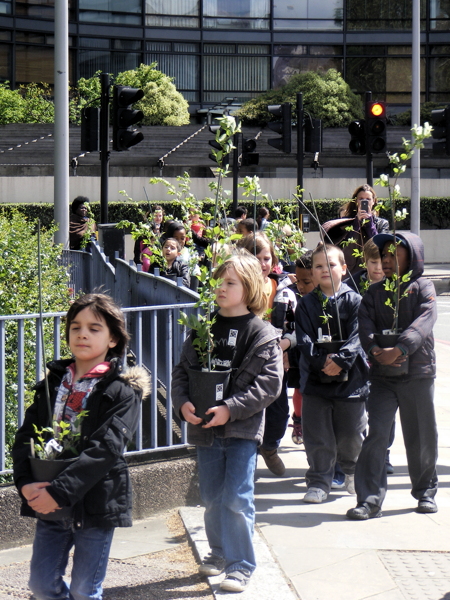 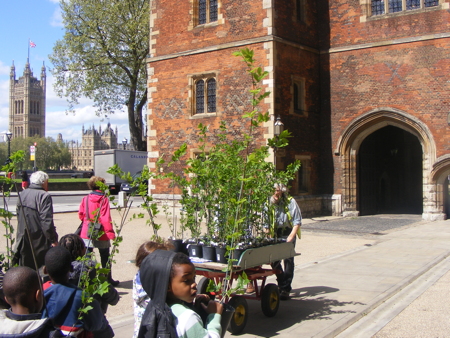 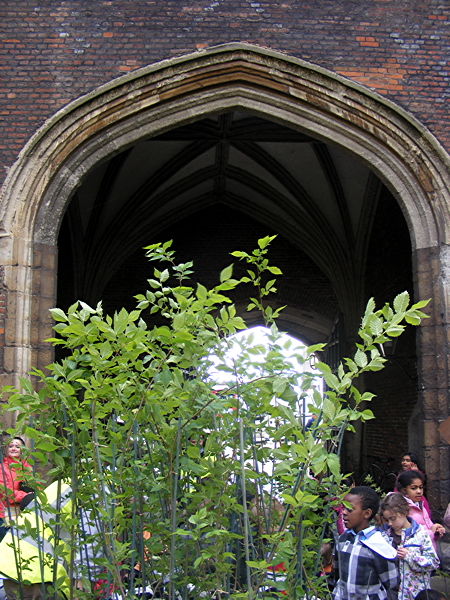 The elms – which have been grown at Roots and Shoots in Lambeth – are part of Ulmus londinium, the Conservation Foundation's London elm programme.

The young elms are moving on for the summer to a number of places around town including Lambeth Palace, Hampstead Heath, Syon House, High Elms Country Park and various community gardens where they will be grown on until being distributed towards the end of the year to celebrate the Diamond Jubilee and the foundation's 30th anniversary.

Saplings from the Great British Elm Experiment, which uses trees propagated from healthy mature elms, are being offered to communities in London who have Elm Streets, Elm Avenues, Elm Park Roads and similarly named thoroughfares.

In addition to the tree planting programme, the foundation is researching and recording London's existing elm population on a map.

• The grounds of Lambeth Palace are open to the public on Saturday 19 May as part of the National Gardens Scheme and again in late June for the North Lambeth Parish Fete.