Work starts on creation of "sociable garden" at Gibbons Rents

Work starts this week on a project to create a new public space in Gibbons Rents, an alleyway linking Magdalen Street and Holyrood Street near London Bridge. 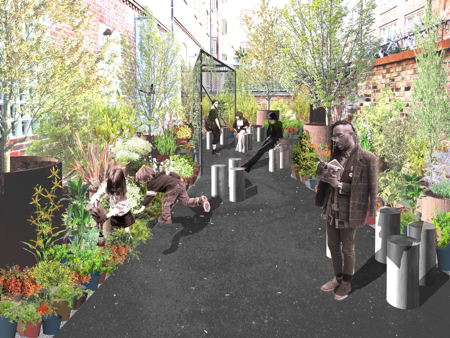 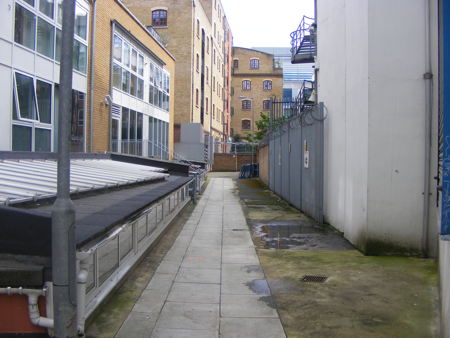 Gibbons Rents as it is today

The Architecture Foundation, Team London Bridge and Southwark Council have appointed Australian architect Andrew Burns to collaborate with British landscape designer Sarah Eberle on the cation of a "sociable garden" made up of a growing collection of potted plants.

"The ideas of improving the ground surface of the site, adding places for resting and sitting and allowing people to contribute to the landscape of the garden by donating a plant was seen as an innovative way to involve local businesses, residents and visitors to the area and of building ownership of Gibbons Rents."

The first phase of the project is scheduled to be completed and launched on 23 June as part of Cityscapes and the London Festival of Architecture.

Once complete, the space will be maintained by Team London Bridge together with St Mungo's Putting Down Roots initiative.