A photograph of the Royal Family 100 metres wide and 70 metres high has been unveiled at Sea Containers House on the South Bank. 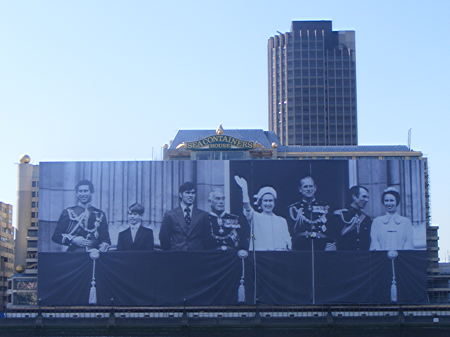 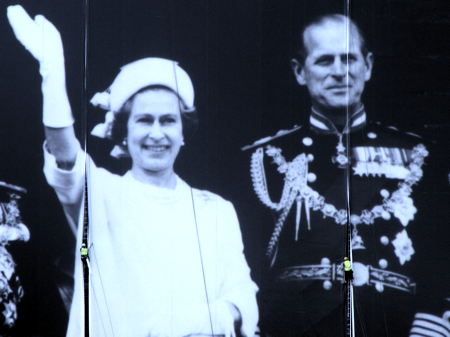 Abseilers secure the final panel of the giant image

Sea Containers House is currently being refurbished and extended. When complete, the building will include a 360-room Mondrian London hotel.

The image depicts the Royal Family on the balcony of Buckingham Palace during the 1977 Silver Jubilee celebrations and will remain in place until the end of June.

"When this Silver Jubilee photo was taken 35 years ago, the South Bank was an unvisited stretch of the Thames – not the centre of business, tourism and culture that it is today," says Jonathan Ofer, managing director of the Deerbrook Group.

"It is the owner's tribute for this very special occasion, when on Sunday 3 June, the Jubilee flotilla passes by and the country celebrates 60 incredible years of everything that makes Britain great."

Locals and visitors have endured a number temporary closures of the Thames Path over the past month to allow the scaffolding to be installed around the building.

Southwark Council refused advertisement consent for the wrap, which was originally planned to be illuminated, but developers Archlane discovered that they did not need permission for a non-illuminated display.

• The owners of neighbouring King's Reach Tower have lodged an appeal against Southwark Council's refusal of advertisement consent for giant billboards on the sides of the vacant office building.