An award-winning artwork has gone on permanent display at Blackfriars Station. 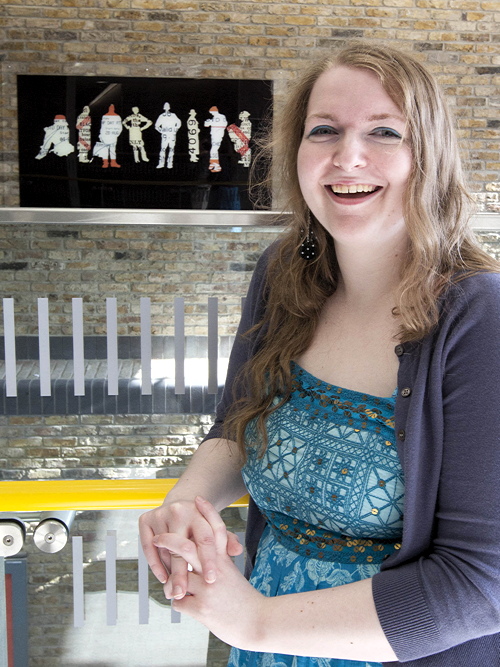 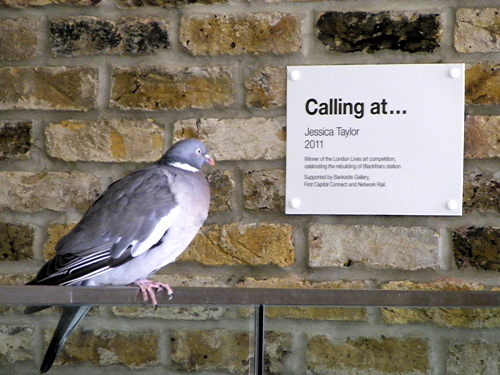 This pigeon was captivated by the new artwork

Calling at..., a giclée print by Jessica Taylor, was named as gold medal winner in Network Rail's London Lives competition last September and exhibited at the Bankside Gallery.

The picture features eight silhouette figures cut out to reveal fragments of railway tickets including an old Blackfriars platform ticket.

It has now gone on permanent display on the upper level of the new southern entrance to Blackfriars Station and was unveiled by the Portsmouth-based artist on Monday morning.

"Ever since I was little London has played a huge part in my love for art," said Jessica Taylor.

"It's an amazing honour and privilege to be given the opportunity to contribute towards the great relationship between art and the capital, especially in such an important year for London."

Network Rail's Paul Byrne added: "Blackfriars used to be a station for the north bank, ferrying commuters to and from work in the City. Its new entrance serving the South Bank and Bankside connects Blackfriars to the capital's cultural heart, making it just as much a destination for gallery day trippers as well heeled city folk.

"Jessica's superb work of art, displayed in the south station in perpetuity, is symbolic of these new cultural links."

Bankside Gallery director Angela Parker said: "It is so exciting to see Jessica Taylor's striking work displayed in this impressive new station entrance, which is making Bankside Gallery so much more accessible to our visitors."

The exhibition is a celebration of Britain in 2012, honouring the Queen's Diamond Jubilee, and celebrating the sporting endeavour of the Olympic Games.

Three watercolours by the Prince of Wales, an honorary member of the Royal Watercolour Society, will be exhibited. Princess Alexandra, and the Duke and Duchess of Gloucester are due to visit the exhibition.

"Members of the Royal Watercolour Society have created a dynamic exhibition to capture the celebrations and events of 2012 and as well as the warp and weft of British life," says RWS president Thomas Plunkett.

"Works have been wrought from water based media and the artists' collective imaginations."