Jazz fans and several well-known players have been visiting 56 Stamford Street for a few weeks but it officially opened on Thursday evening when the Mayor of Southwark Althea Smith cut a red ribbon. 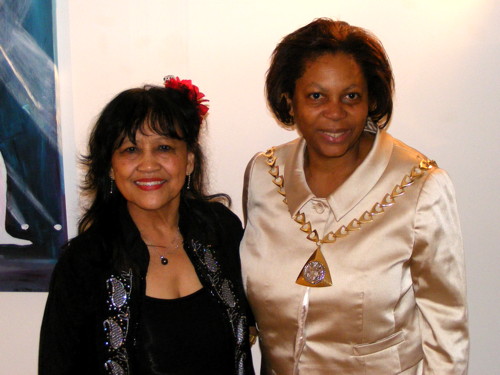 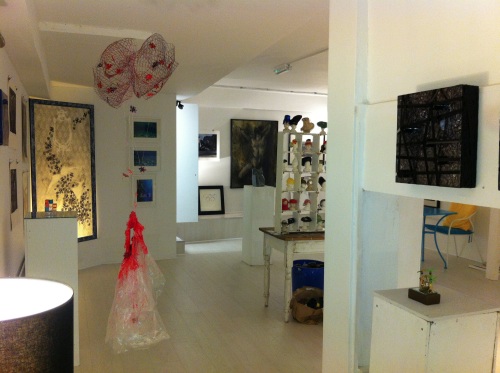 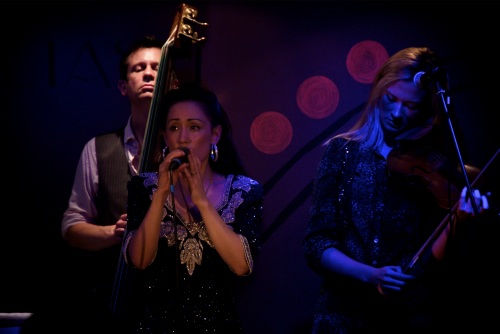 Behind the venture is Nolia Devlin who is well-known for her Nolia's Gallery in Great Suffolk Street. She previously ran a branch of the gallery at the Thomas a Becket in Old Kent Road.

Her lucky number is 11 and when she completed on 11 July this year she decided that not only must the name include 11 but the opening would be on 11 October. There are even 11 tables in the Conservatory bar-restaurant which serves Nolia's Malaysian food. Her cookery book published two years ago has sold out.

Nolias 11 replaces the short-lived Blue Train jazz club which opened in late 2011. The premises had previously been occupied by the Indigo Indian restaurant.

Present at the opening were Ian McCulloch who sang The Killing Moon, Ian Broudie and Cornish songwriter Matt Woods. Nolia, who is also a singer, took to the stage to launch the jazz evening.

Many family members were present for the opening and several are involved in the project. Nolia's daughter, former Ronnie Scott's operations manager Jade Halilaj, has brought her skills to Nolias 11.

Also well-known from the Soho club are singer Zoe Devlin and composer-pianist James Pearson who are performing every Thursday evening. Wednesday is Mama's 'jamm night' when Nolia welcomes musicians bringing their instruments.

Tim Halilaj, who was managing Aqua London when it took the Best Bar 2010 award, devised the launch night cocktails.

In the basement is Nolias 11 art gallery which has attracted several artists including Natalie Gudushauri whose work featured upstairs on the opening night. The current exhibition is Senses, a solo show of work by Marcia Mar.

Nolias 11 is open Monday to Saturday for lunch and jazz evenings.