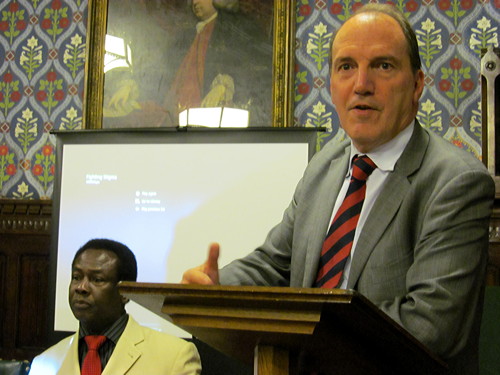 Fred Osei Annin, better known as Pastor Fred, started Actionplus in 1997 after returning to his home country of Ghana and being concerned about the high rate of HIV and Aids.

Earlier, in 1980, young Fred, well-known by the stage name Apollo, performed Ghanaian-style guitar-based music. It was a scheduled show near his home town Obokwahu in eastern Ghana that was to be the scene of what he describes vividly as his conversion.

A security guard tried to delay his performance because a church service in the adjoining hall was running late. Apollo went towards the hall in angry mood to tell them to hurry up but found himself transfixed by the words of the preacher who was quoting from the Bible. The passage was 'it is good for a man to bear the yoke in his youth' (Lamentations 3.27).

He began a gospel group and two years later Apollo the bandsman had been ordained into the Full Gospel Evangelistic Ministry.

Pastor Fred is now an independent minister based in London where he runs the Actionplus Foundation from an office at Christ Church Southwark, the Anglican parish church, in Blackfriars Road.

The aim is raising awareness about HIV and challenging the stigma and discrimination which has been a barrier to people using available HIV services. Sexual health training sessions are held for pastors and other faith leaders to enable them to educate their congregation members about HIV. Pastor Fred says the work is needed not just in Ghana but also in Southwark.

"Southwark is one of the best areas in London," says Pastor Fred who was first invited to the capital by Baptists. "I love the place."

The Actionplus anniversary was marked at the House of Commons when Bermondsey & Old Southwark MP Simon Hughes reflected that he had also been the member of Parliament for around thirty years.

"When I was first elected HIV and Aids was not an issue," he said during his welcome speech. "There was no known HIV and Aids."

Commenting on the latest UK statistics, the MP added: "It's not just an issue for Africa. It's an issue for us in the UK."

Pastor Fred, who has witnessed violence and poverty, recalled seeing a young boy in Ghana trying to sell frozen water with no success. "These children need to go back to school," he said. "I need a church which is practical."

In seeking to educate and reduce stigma about HIV, Pastor Fred and his supporters went both to other churches which all had huge attendances and busy market places. The education model has now been taken up by the Ghanaian government agency.

Looking ahead, he announced that six acres of land had been donated by a Ghanaian chief to build a 'multisocial empowerment' centre.

Christ Church rector Tim Scott said that he had been impressed that Actionplus was practical with a crucial dimension of education and training. The church, he said, was delighted to be able offer the office space.

During the reception guests were able to view a film documentary Fighting Stigma made by Luca Torrente and Charlotte Jenner during a two week visit to Ghana.