60 local volunteers and organisations have been honoured in this year's Southwark Civic Awards. 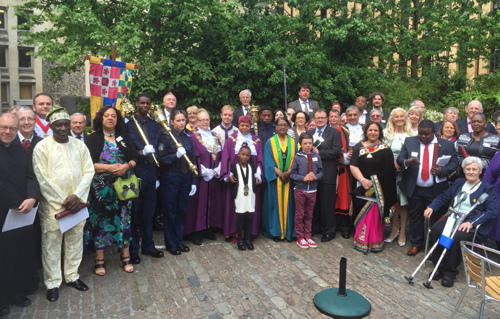 Every year the Southwark Civic Association issues an open call for nominations for the awards.

This year's ceremony took place on Saturday at Southwark Cathedral and was presided over by Cllr Sunil Chopra as the final duty of his mayoral year.

Here are some of the SE1 people and groups who received awards:

This was awarded to the United St Saviour's Charity, founded in 1541 and reinvigorated in recent years with a much expanded programme of large and small grants for projects in North Southwark.

Peter Duggan in recognition of his work with the Dickens Fellowship and at St George the Martyr.

Honorary Liberty of the Old Metropolitan Borough of Southwark

Grace Idowu, founder of the David Idowu Foundation set up to campaign against gun and knife crime.

Harvey Sheldon, archaeologist and chair of the Rose Theatre Trust.

Clare Whittlesea for voluntary activity on the Nelson Square Estate.

Ibrahim Adewusi of the Muslim Association of Nigeria based at the Old Kent Road Mosque.

Russia House Ltd, a local business which has campaigned for recognition for those who served in the Arctic Convoys.