One The Elephant: Lend Lease aims to cash in on Hyde Park effect

We've already got One Hyde Park, One Tower Bridge and One Blackfriars. Now meet One The Elephant, the new development of luxury homes next to the Metropolitan Tabernacle at Elephant & Castle. 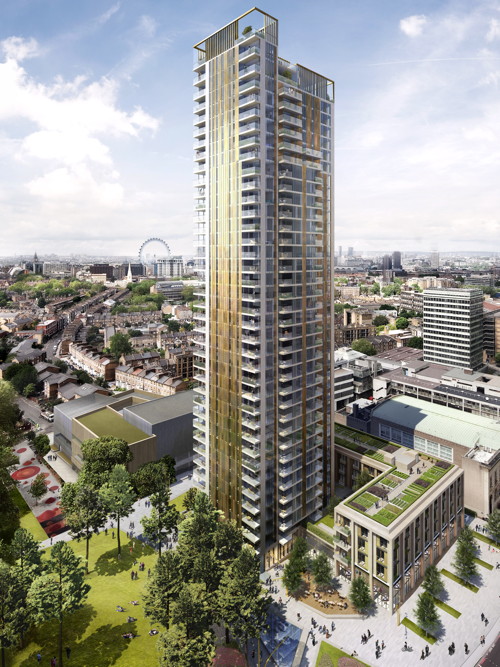 Last month Southwark councillors approved plans for 284 homes in the 37-storey tower designed by Squire and Partners that will rise on the site of the former Elephant & Castle Leisure Centre.

Controversially the scheme includes no affordable housing but developer Lend Lease has contributed towards the cost of the new council-run leisure centre to be built on the adjacent plot.

Now Lend Lease has announced that the tower, known in the planning phase as "St Mary's Residential" in recognition of its position alongside the former churchyard of St Mary Newington, will be marketed to prospective buyers as "One The Elephant".

Flats in the tower, due for completion by early 2016, will go on sale next year.

"We thought long and hard about what to call the development," said Rob Deck, Lend Lease's Elephant & Castle project director.

"It's a milestone scheme for the wider regeneration. Most importantly, however, we wanted to ensure the name was rooted within its fantastic location.

"One The Elephant was chosen after local research and interviews uncovered the history and the strengths of the area.

"Local people wanted to see a confident and modern Elephant, and we will work with local partners to create a shared vision for the community, drawing on the diverse range of cultural and creative attractions which the Elephant has to offer."