Parcels firm TNT claims that plans to redevelop the site of its depot in Page's Walk, Bermondsey, will affect its ability to operate electric delivery vehicles in central London. 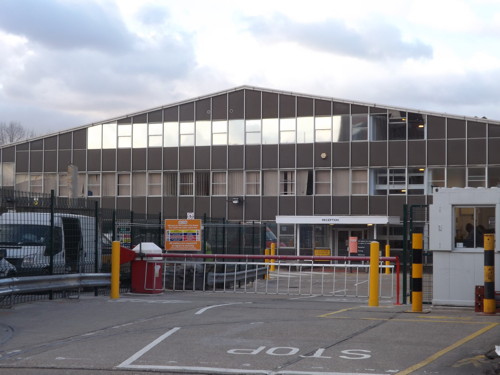 The London & Regional Properties scheme – which includes 82 homes in buildings of four to six storeys – was approved by Southwark's planning committee last week.

Twelve of the proposed homes would be for social rent with another seven for shared ownership tenure.

The development has been designed by Buckley Gray Yeoman.

TNT UK legal director John Bleasdale told the committee that the firm had operated from Southwark for more than 25 years and on the Page's Walk site for at least 17 years.

More than 100 people are employed at TNT's London City Depot whose clients include the Ministry of Defence and City of London financial institutions.

"Page's Walk is not an empty building; it is a viable building," said Mr Bleasdale. "It enables us to provide distribution in the City and this area."

He added: "If you grant [permission], you lose a viable site; you lose 103 jobs. They won't come back. We'll be pushed out of this area."

Mr Bleasdale explained that the depot's fleet of electric vehicles has a limited range and would be unable to operate if the company was forced to relocate to the suburbs.

The firm says it has looked at sites as far away as Dartford as there are few warehouses in inner London without planning restrictions preventing 24-hour operation.

Mr Gibney said that TNT has more than two years remaining on its lease: "There is no intention – or legal way – of getting them out of the site.

"The intention is that when the lease naturally expires to redevelop the site at that time.