Tower Subway below Thames ‘not worth listing’ - English Heritage

A little-known Victorian tunnel under the Thames between Tower Hill and Southwark does not meet the criteria for listed status, according to English Heritage. 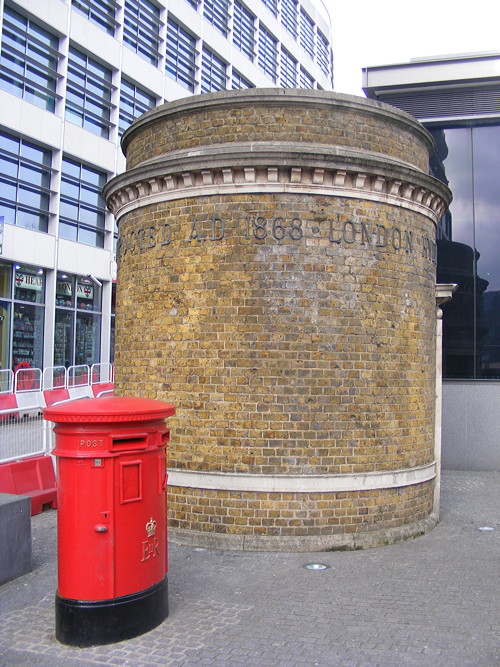 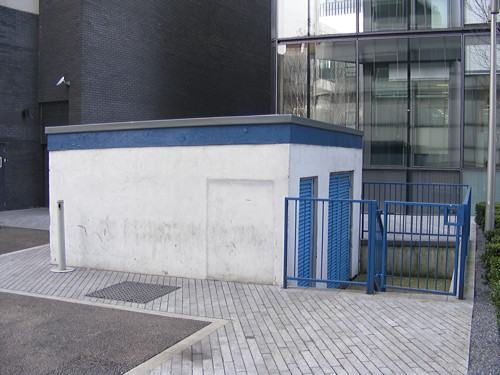 Is this structure on Vine Lane the southern entrance to the tunnel?

The Tower Subway, which dates from 1869, was the second tunnel to be built under the Thames – the first being Marc Brunel's Thames Tunnel linking Rotherhithe with Wapping.

It was the first tube tunnel dug using the Barlow-Greathead Shield. Named after the engineers Peter Barlow and James Henry Greathead, who collaborated on the tunnel, this shield was the forerunner of modern tunnelling shields.

It is also notable as the first purpose-built deep railway tunnel in London, designed to take a narrow-gauge cable-hauled railway powered by a static steam engine.

"The Tower Subway is also significant in being the first to use a segmental cast-iron lining, a system still in common use today," wrote Southwark councillor James Barber in a post on his blog.

"The Tower Subway is thus London's second oldest tunnel beneath the River Thames and pre-dates the next oldest – the City and South London Railway (now the Northern line) – by some 14 years.

"Tunnels are not normally listed (the Thames Tunnel, at grade II*, is a rare exception) but the historic significance of the Tower Subway suggests that it would make a worthy candidate for listing."

The railway was a commercial failure and the subway became a foot tunnel which remained open until Tower Bridge put it out of business in 1898.

It has since been used for water mains and telecommunications cables.

The northern subway entrance, which dates from the 1920s, is a prominent feature on Tower Hill but the southern access to the tunnel is now secreted at the rear of the Unicorn Theatre.

English Heritage has concluded that the tunnel doesn't meet the test for protection either as a listed building or scheduled monument.

"The Barlow-Greathead shield had a major impact on the viability of later parts of the London Underground network and the Tower Subway of 1869 was the project which demonstrated its success," says EH's report.

"However, the engineering interest lies principally in the tool rather than the structure, which is physically modest and therefore does not meet the criteria for listing at a national level, nor is scheduling appropriate."