The Tempest at Shakespeare’s Globe

The Tempest is one of Shakespeare's most bizarre plays combining a lightness of touch with much darker themes. 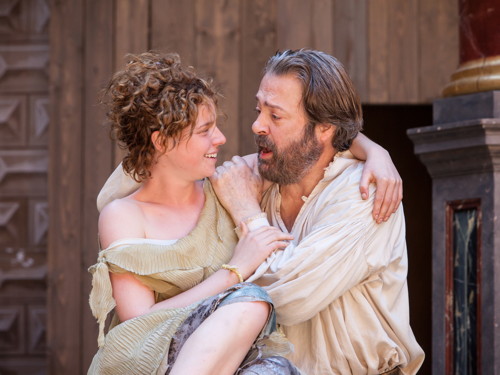 Roger Allam is a young Prospero but he brings to the part everything you would expect. He is composed, balanced, poised and totally in charge of the stage and the company. His growing presence as a giant of the English stage emphasises his astonishing versatility.

I have sat through previous productions of The Tempest in more traditional, modern theatres wondering when my tub of ice cream might arrive. It can so easily lack momentum as a plot. But the quality, pace and cleverness of this Globe 2013 interpretation means that its added veracity and audience interaction moves the evening on apace.

Miranda is played flawlessly by Jessie Buckley but it is James Garnon's Caliban which is, perhaps, the most memorable performance of the night alongside Allam. This Caliban is truly shocking, scaring the audience to death at times: revolting, hideous and yet sorrowful.

The Globe surpasses the challenge as always when it comes to creating a setting which is truly authentic with fine touches such as the depiction of the shipwreck created by the Tempest with a storm-tossed model ship whilst the musicians are beautiful in creating just the right ambience to add rhythm and pace to the play. Extra applause for them.

The lightness of touch is achieved by an imaginative interpretation of Shakespeare's text through high campery and perfect timing as well as Allam's cleverness when faced with his daughter's naivety and her new-found love.

When it's all in the "look" the Globe cannot be surpassed.

But the overriding theme of Prospero controlling events through magic and supernatural power to the point that he can do no more and wants life to return to some kind of abject normality once justice is restored brings to mind the theme of natural justice. It has to be seen to be done.

The audience lauded the verve and effort of this particular company.

The French group sitting behind me, following the text via a hard copy French translation, were shouting "Bravo! Bravo!" emphasising the visual and atmospheric impact of this particular Tempest even if you couldn't understand a word!

It is always a joy to venture to the Globe but an even greater one to experience such a fine and seemingly effortless Tempest. Don't miss this.