Plans for the redevelopment of Octavia House on Union Street have been revealed at two public exhibitions held this week. 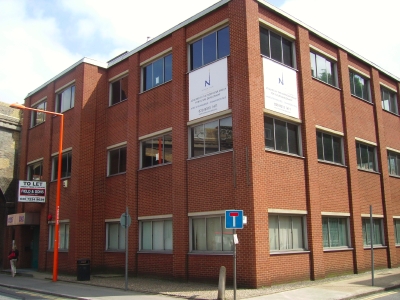 Developers Sherwood Street bought the three-storey office building at the corner of Union Street and Nelson Square from previous owners Northstar 2000 in 2011.

Now Sherwood Street has teamed up with the nearby London Centre of Contemporary Music to put forward plans for a new 13-storey block incorporating eight floors of residential accommodation.

The scheme has been designed by SPPARC Architecture, the firm responsible for the controversial Quill development at London Bridge and a new apart-hotel on Bankside.

The proposed building, which the architects claim derives its form from the concept of a 'music box', would include teaching and performance space for the LCCM and the London Youth Jazz Orchestra.

54 flats on the upper floors would include 14 'affordable' homes.

The building's external cladding would include elements said to be inspired by the keys of a piano.

LCCM is at present based in a small building at the corner of Union Street and O'Meara Street.

A planning application is due to be submitted to Southwark Council in the autumn.