Tower Bridge and the Golden Jubilee Bridges were lit with blue lights on Monday night to celebrate the birth of the son of the Duke and Duchess of Cambridge. 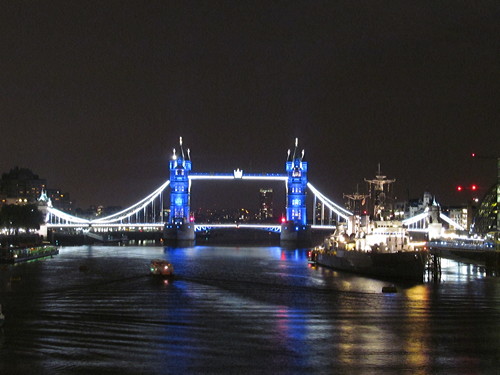 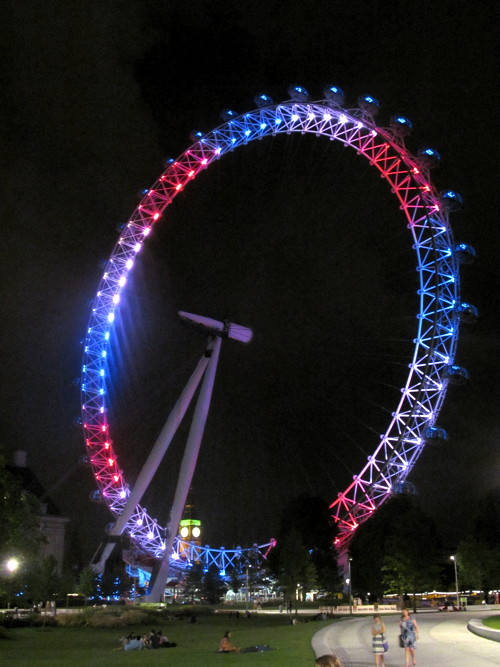 The City of London Corporation took advantage of Tower Bridge's new colour-changing lighting system to bathe the twin towers in a blue glow on Tuesday night.

The View from the Shard, the visitor attraction at the top of Western Europe's tallest building, will offer free admittance to visitors who share the newest member of the royal family's birthday.

The offer is subject to availability, must be redeemed in person on the day, and will be honoured within 24 hours of the baby's birth. Guests must bring photo ID with them to prove their date of birth.

"This is a truly historic occasion and we share the nation's excitement as we await the birth of the royal baby," said Clive Stephens, CEO of The View from the Shard.

"The history of London and its people, including the royal family, has always been an important feature of The View from The Shard, and we have tried to embrace it throughout the attraction. We look forward to celebrating the newborn's arrival with guests taking up this special offer."

Westminster City Council announced on Monday that the Golden Jubilee Bridges linking the South Bank with Charing Cross would turn pink or blue depending on the sex of the Royal baby.

The lights alternated between the two colours at one minute intervals until the official announcement was made.

Cllr Robert Davis, deputy leader of Westminster City Council, said: "This may actually become a tradition of our own – a bit like the white smoke from the Vatican when a pope is announced."

A 62 gun salute will be fired from the Tower of London at 2pm on Tuesday.