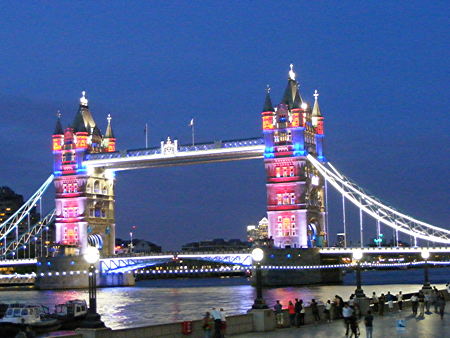 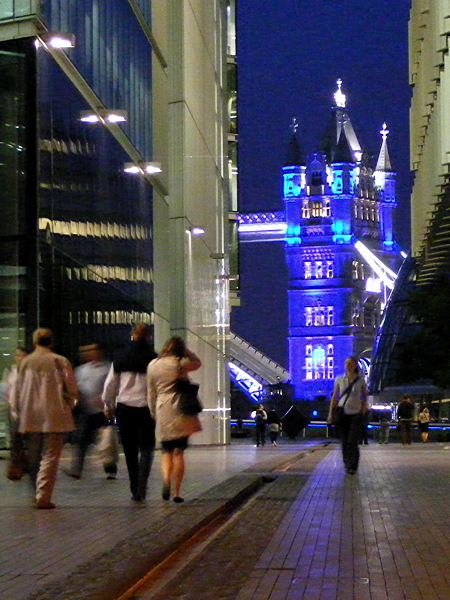 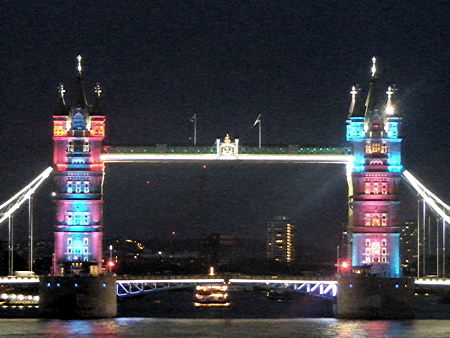 The new lights have been installed – at no cost to taxpayers – in time for the Queen's Diamond Jubilee and the Olympic Games through a deal between the City of London Corporation, the Mayor of London and London 2012 sponsors EDF and GE.

For months local residents have watched abseilers at work installing the new lights. In recent weeks they have also been treated to the sight of the new systems being tested ahead of this week's press launch. Early reviews on the SE1 forum have not been positive.

The new lights will take centre stage for during the 2012 games when Tower Bridge will be fitted with giant Olympic rings and Paralympic agitos for the 45 days of the games.

A special display to mark the installation of the rings will be held on Wednesday 27 June. A nightly light show will be held during the Olympics and Paralympics this summer.

"The new lights will give Tower Bridge an elegant night-time look for the next 25 years, with the capability of creating firework-like displays on occasions of importance for London and the nation," said Mark Boleat, chairman of the City of London Corporation's policy & resources committee.

Mayor of London Boris Johnson added: "Tower Bridge is already a global and this much-loved landmark is now even more spectacular thanks to a world-class illumination system.

"As London gears up for a summer like no other, this fantastic lighting makeover is another example of how the capital is benefiting from the Games. Tower Bridge can now play a starring role in our celebrations, starting off this weekend by being bathed in a stately white light for the Queen's Diamond Jubilee."