A restaurant which opened just five months ago on the site of the former public toilets in Tooley Street has been awarded a coveted Michelin star. 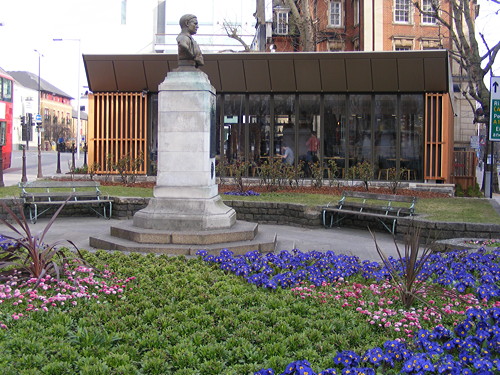 Restaurant Story, launched by 26-year-old chef Tom Sellers, is one of just nine London restaurants to gain one Michelin star this year.

"I am completely overwhelmed and humbled to receive a Michelin star this morning," said Tom Sellers on Thursday.

"Since opening Story in Bermondsey, my team and I have strived to cook the best food we can and it is truly an honour to be rewarded in this way.

"My head chef Nathan Green and the team at Story have all worked incredibly hard to get us here, and I hope it's only the beginning."

The restaurant serves unusual dishes with references to stories from Sellers' own childhood and well-known fairytales, such as beef dripping candle and three bears' porridge.

The public toilets which previously stood on the site had been disused for many years until they were demolished last year.