The Archbishop of Canterbury has given his backing to proposals to draw up a neighbourhood plan for the South Bank and Waterloo. 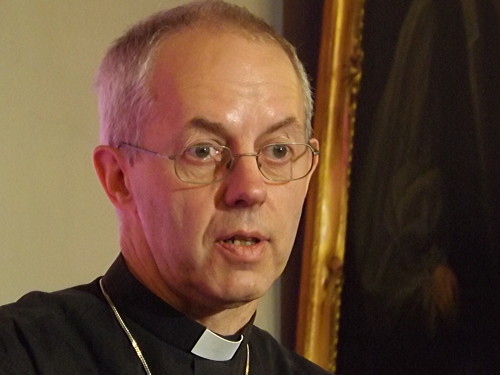 Lambeth Palace, the Archbishop's official residence, falls within the boundaries proposed by South Bank & Waterloo Neighbours, the group seeking to use the Localism Act to create a new planning policy for the area bounded by the River Thames to the north and west, Lambeth Road to the south and Blackfriars Road to the east.

The Most Revd Justin Welby's support for the proposal was revealed this week in a file of correspondence published by Southwark Council.

In a letter to the council, a member of Lambeth Palace staff wrote that "...the Archbishop fully supports the proposal to designate this an official neighbourhood".

The letter continued: "The vote at the South Bank & Waterloo Neighbours meeting on 24 April 2013 to adopt boundaries for a neighbourhood that crossed the limits of Lambeth and Southwark is welcomed in that it reflects a reality that is not mirrored in the local government borders.

"'Lambeth Palace' is very conscious of the disproportionate weight any view expressed from this address can carry. The democratic basis of any representative group is therefore of particular importance to the Archbishop and others living here.

"The wishes of a stable, local community must take priority; increasingly in many inner city areas transient populations or property left vacant by investors is eroding the identity of local communities, leading to decline.

"Anything then that helps promote the identity of a local community is to be encouraged."

Lambeth Council's cabinet is expected to rubber-stamp the proposed neighbourhood plan boundaries which fall within its jurisdiction on Monday night.

Southwark Council is faced with a more difficult decision because part of the area claimed by the South Bank & Waterloo Neighbours has already been allocated to the Bankside Neighbourhood Forum for the purpose of drawing up a plan.