The Electoral Reform Society has, after half a century, left its offices at Thomas Hare House in Chancel Street in favour of taking space in an Alice in Wonderland-themed serviced office block. 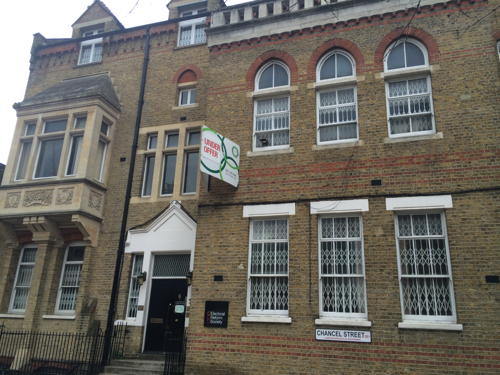 The ERS headquarters for many years featured in the Knowledge and was known to generations of London taxi drivers. It was the base for the unsuccessful 'Yes to AV' campaign in 2011.

The Chancel Street building was named after Thomas Hare, the Victorian political scientist and proponent of electoral reform.

The handsome brick building was built as the Albert Institute and housed a free library established by Christ Church parish.

The building is in the process of being sold by its owners, the Southwark Charities.

Now ERS has relocated to @Waterloo, a new serviced office complex in Valentine Place with an Alice in Wonderland theme.

The meeting rooms include ones designed around the Queen of Hearts, Mad Hatter, Cheshire Cat and Tweedledum & Tweedledee.