The President of Ireland Michael D Higgins has visited City Hall to attend a youth event and present Gold Awards as part of the historic Irish State Visit. 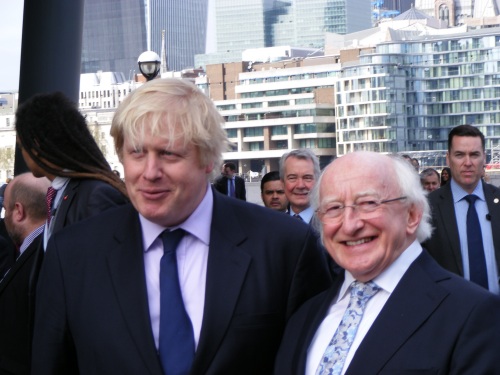 Mayor of London Boris Johnson with The President of Ireland 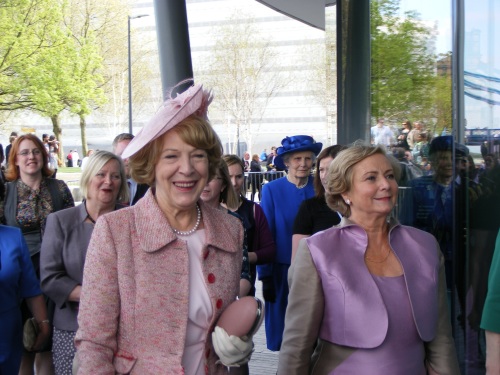 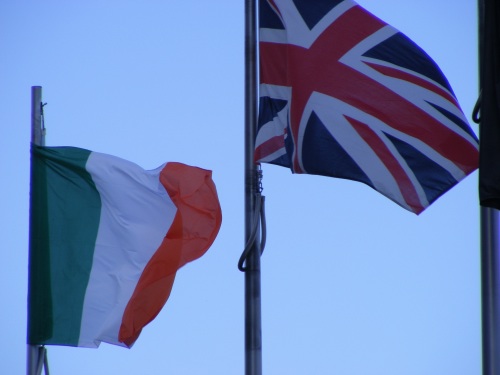 The Irish Tricolour and the Union Jack flying outside City Hall 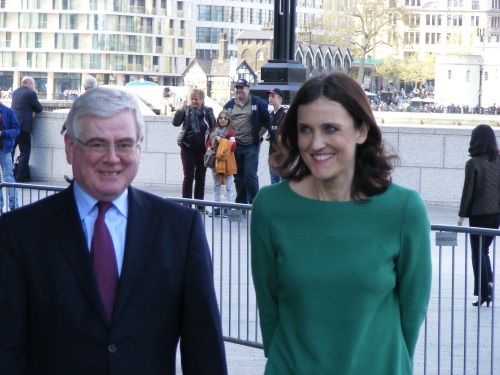 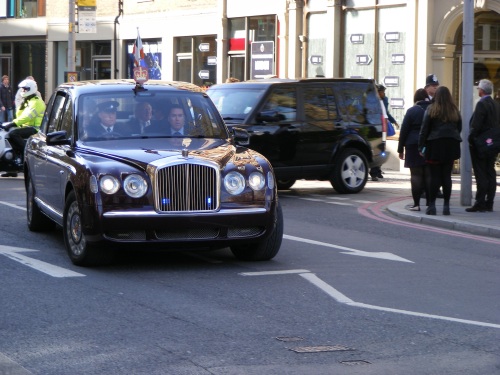 The car carrying the President of Ireland in Tooley Street

Sabina Higgins, the President's wife, arrived just ahead of her husband on Wednesday afternoon having hosted a lunch at the Irish Embassy. The President came direct from 10 Downing Street where he been a guest at lunch following talks with the Prime Minister.

The 'Taking Charge of Change Together' youth gathering included young people involved in the Duke of Edinburgh’s Award scheme and its Irish equivalent Gaisce, The President’s Award. Also taking part were young people from the President’s ‘Being Young and Irish’ initiative, the British Youth Council and Irish community groups in Britain.

The President, who presented special Gold Awards to Duke of Edinburgh and Gaisce participants, described the fifty young people who gave presentations as the future leaders, policy makers, emancipatory thinkers and active citizens who will guide and shape a society that is open to new concepts and possibilities.

He added: "It is a source of the greatest hope and confidence in the future to be in the presence of young people who have that remarkable ability to think about life in a way that is liberating, that is inclusive, and that has both the confidence and the moral courage to question the way things are and to set about making them better."

Northern Ireland Secretary of State Theresa Villiers reminded the audience that they were meeting on the eve of the 16th anniversary of the Belfast/Good Friday Agreement.

"We’ve come a very long way, with a generation in Northern Ireland now having grown up without the constant spectre of large scale paramilitary violence," she said.

"But having achieved a more peaceful and stable Northern Ireland and a political settlement based on democracy and consent, we now need to build a stronger economy and a genuinely shared future for all parts of the community.

"And young people can play a crucial role in achieving those twin goals of reconciliation and economic renewal as illustrated by the presentations heard here today."

Also present was Eamon Gilmore, the Irish Republic's Tánaiste and Minister for Foreign Affairs and Trade, who in 2011 visited the Southwark Irish Pensioners Project in Grange walk.

President Higgins and his wife were welcomed by Mayor of London Boris Johnson who afterwards Tweeted: "A joy to welcome Irish President Michael D Higgins to City Hall. Discovered we share a love of Horace and Aeschylus."

The President commented on the view from City Hall's top floor of the Tower of London which has been floodlit green for the State Visit and from where a welcoming gun salute was fired.

After more than an hour the couple left in the Queen's Daimler, which was flying the Irish Tricolour, by way of Tower Bridge Road and Bermondsey.