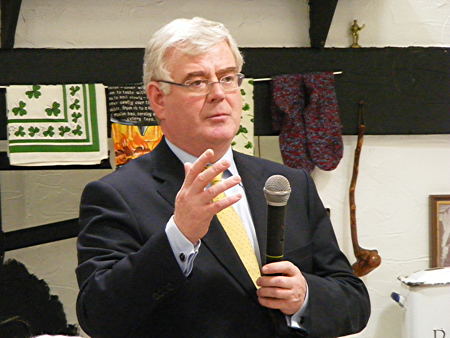 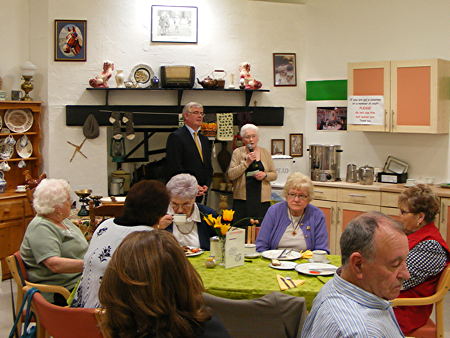 The announcement was made by Eamon Gilmore, the Irish Republic's Tánaiste and minister for foreign affairs and trade, during a Friday morning visit to the new club rooms at Evelyn Coyle House in Bermondsey's Grange Walk.

The Irish deputy prime minister, who was cheered when introduced as a 'Galway man', praised the Project for giving people the opportunity to meet and break loneliness thanks to the volunteers and outreach workers. He also acknowledged what the pensioners had done for both England and Ireland in the past.

Turning to the economic situation, he said: "You know that we have had a bad turn. It's very serious. We have found ourselves in a very difficult economic circumstances. We are dependant on loans and when you are dependant on a loan you have to work the bank manager.

"So we have a lot of working through to do which we will do over the next number of years. Despite those difficulties, however, we are going to remain faithful to the commitments that we have here, for the work you are doing, and I am very glad to be able to announce today a grant of £156,000."

This week Southwark Council's cabinet is expected to approve cuts to funding for day services and lunch clubs for older people in the borough, including the Irish Pensioners Project.

Standing in front of the newly installed traditional Irish farmhouse fireplace, project chair Nora Higgins asked the minister to pass on an invitation to the President of Ireland Mary McAleese to visit them when next in London and before her term of office ends.

During his visit to London the minister announced the award of grants of over £6.3 million to 116 Irish organisations in Britain under the emigrant support programme.