Mayor of London Boris Johnson has failed to give an absolute guarantee that the London to Brighton Veteran Car Run will be able to continue when the proposed ultra low emission zone (ULEZ) is introduced. 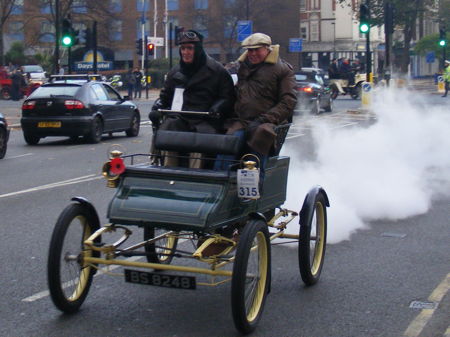 The run was first held in 1896 to celebrate the Locomotives on the Highway Act which permitted road vehicles to increase their top speed from 4 mph to 14 mph and dispensed with the requirement that cars be preceded by a man on foot bearing a red flag.

The Mayor's reply to Ms Borwick's question has just been published. He said: "The proposals for ULEZ are still being developed.

"Stakeholder feedback is helping to shape a final proposal for public consultation in late 2014.

"At this point we will specify which vehicles will be required to meet proposed emission standards. You will be pleased to note that an outright ban on vehicles is not an option that is currently being considered.

"TfL is currently considering which exemptions should apply to the ULEZ and it is too early to state what will or won't be exempted.

"Currently all VED exempt vehicles (vehicles registered prior to 1974) are excluded from London's Low Emission Zone."