A carnival parade featuring a green mechanical elephant made its way around Blackfriars Road and surrounding streets on Wednesday afternoon. 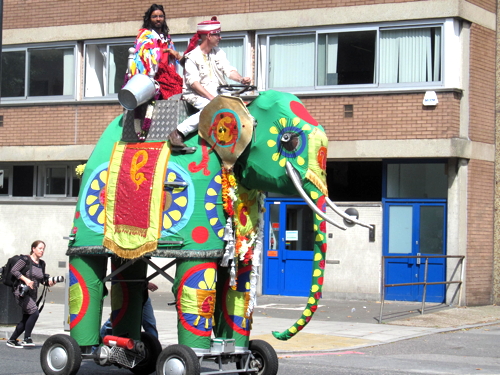 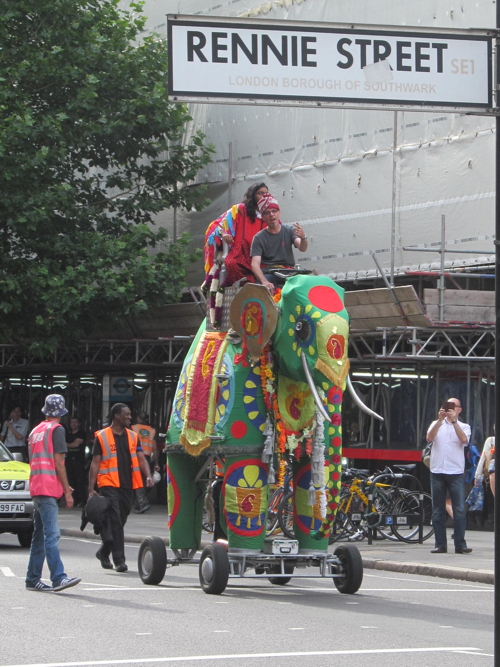 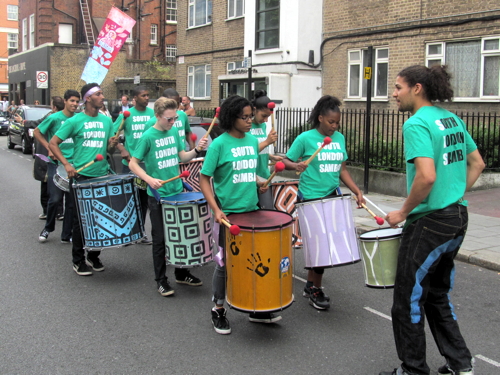 With Blackfriars Road the focus of major property developments over the next few years, Southwark Council and local landowners have teamed up to launch a programme of arts events in the area under the 'Blackfriars Stories' umbrella.

The events are intended to promote the concept of the 'Blackfriars Mile' between the City of London and Elephant & Castle.

The next event in the series is series of street theatre performances of Romeo and Juliet to mark Shakespeare's 450th birthday..

In September local residents and workers will be invited to take part in the City Hunt treasure hunt.

The final event in the series takes place in October when eight short plays – commissioned by A Friend of a Friend Productions and inspired by local stories – are performed.