Mayor of London Boris Johnson inspected two HGVs fitted with equipment to reduce the risk of collisions with pedestrians and cyclists on Tuesday afternoon. 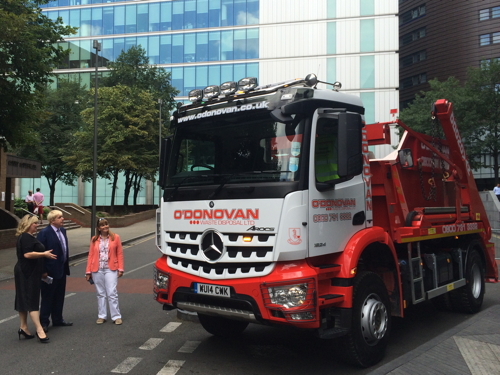 The Mayor inspects an O'Donovan's truck fitted with safety equipment 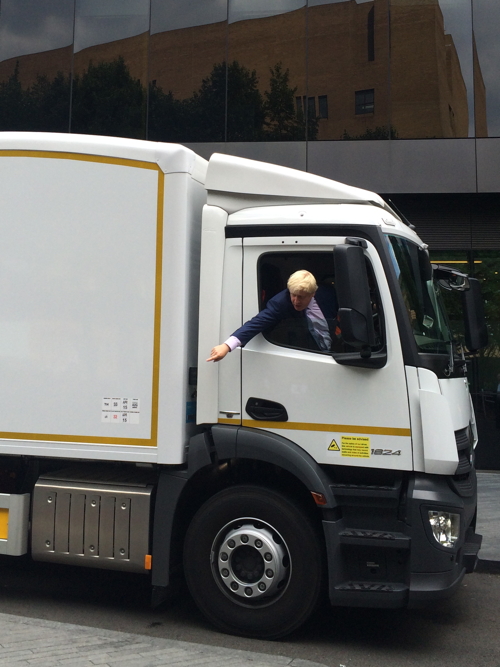 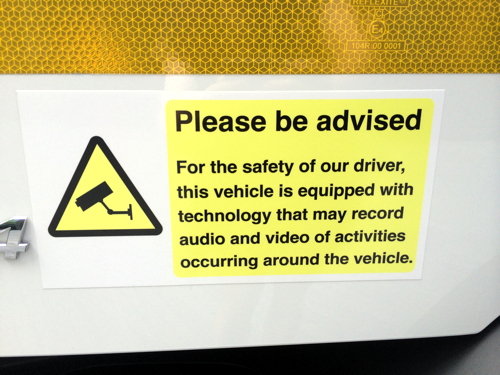 The Sainsbury's vehicle carries this warning of surveillance equipment

The event – which took place in English Grounds close to City Hall – came as the Mayor, Transport for London and London Councils began consultation on the UK's first Safer Lorries Scheme.

The proposed scheme will require every vehicle in London over 3.5 tonnes to be fitted with sideguards to protect cyclists from being dragged under the wheels in the event of a collision.

It will also require trucks to be fitted with mirrors giving the driver a better view of cyclists and pedestrians around their vehicles.

Mr Johnson inspected vehicles belonging to O'Donovan Waste Disposal and Sainsbury's kitted out with equipment which would meet the scheme's criteria.

"I have long been worried that a large number of cyclist deaths involve a relatively small number of problem lorries which are not fitted with safety equipment.

"My Safer Lorries Scheme would see those lorries effectively banned from our streets and the lives of thousands of cyclists and pedestrians would be much safer as a result.

"Vehicles that would be affected by this scheme can easily be retrofitted to comply and doing so will save lives. Companies such as Sainsbury's and O'Donovan are already leading the way when it comes to cyclist safety and I urge others to follow suit."

Last autumn the leader of Southwark Council called for a rush-hour ban on HGVs.