A steam engine has been in service at Waterloo Station during the weekend. 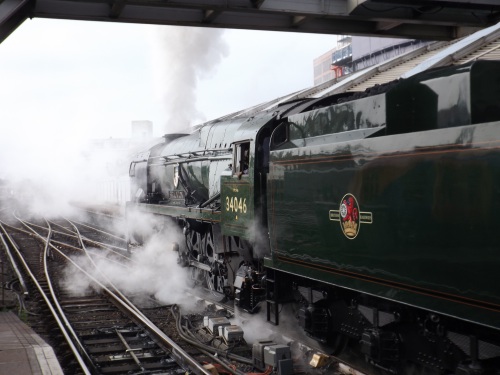 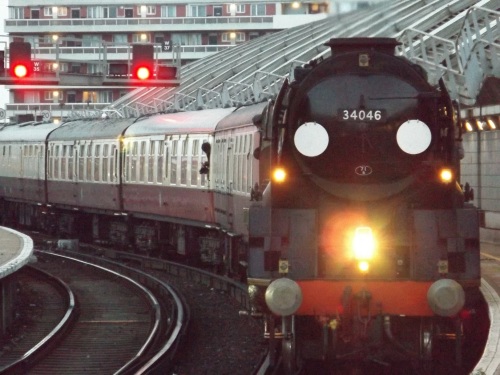 The train returning to Waterloo at dusk on Saturday One of several dining cars 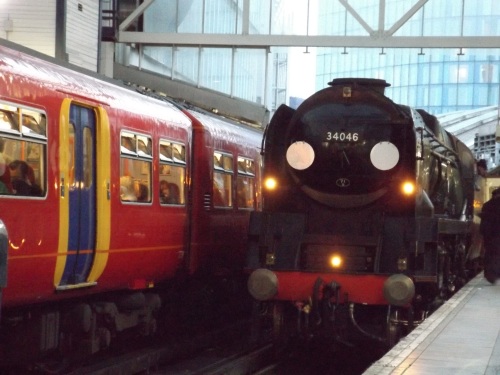 The steam engine at Waterloo's platform 19

A steam engine has been in service at Waterloo Station.

Braunton, a West Country Class, was built in 1946 and from 1951 would have been seen on the Salisbury line. Between 1959 and 1965 Braunton served the Waterloo to Bournemouth and Weymouth line. She returned to service in 2013.

The train left platform 19 on time at 9.55am. The return trip ran 20 minutes late but caused much interest with the engine being visible from the main concourse.

The steam service was operated by Icons of Steam railway company.