50 years on, steam-hauled Bournemouth Belle back at Waterloo

Half a century after the last regular steam-hauled Bournemouth Belle luxury train left Waterloo Station, the scene was recreated for a £450-a-head railtour. 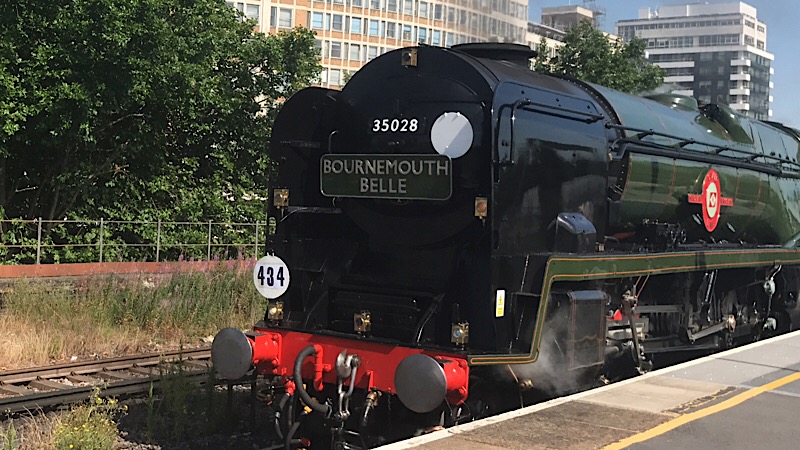 The Bournemouth Belle passes through Vauxhall

Wednesday's Bournemouth Belle marked the return to service of the Clan Line Merchant Navy class locomotive after a two-year overhaul.

Introduced in 1931, the Bournemouth Belle was one of the Southern Railway's premier trains.

Some of the Pullman cars in Wednesday's train were among those used for the Bournemouth Belle in the 1950s and 1960s.

There will be two more chances to see steam trains at Waterloo this weekend as part of a series of railtours to mark the 50th anniversary of the end of steam haulage on mainline trains in Southern England.

'The End of Southern Steam' railtour to Weymouth leaves Waterloo at 9am on Saturday, returning at 9.47pm.

On Sunday Clan Line will haul the 'Waterloo Sunset' railtour to Yeovil and Havant leaving Waterloo at 10.41am and returning at 10.45pm.