A new building in Southwark Street completed only on Thursday afternoon is expected to disappear by the end of October. 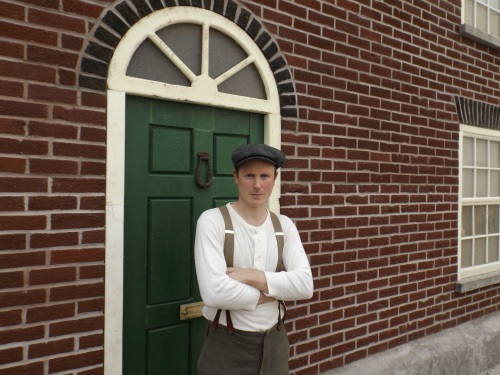 Alex Chinneck at the front door 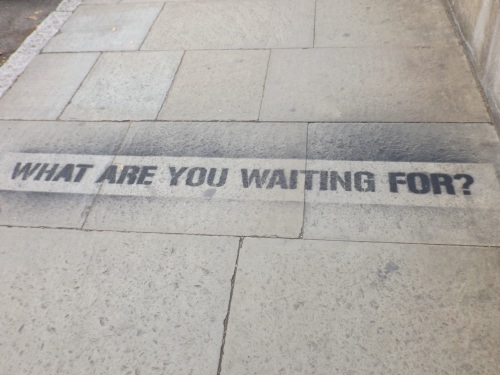 A psychological question by Candy Chang 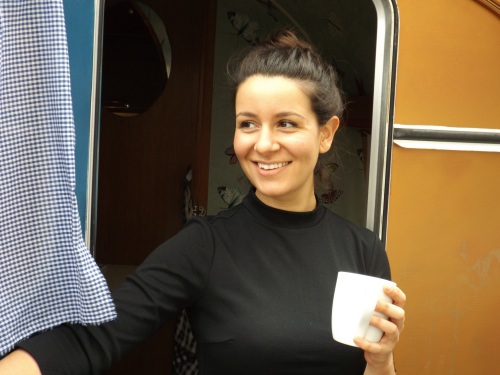 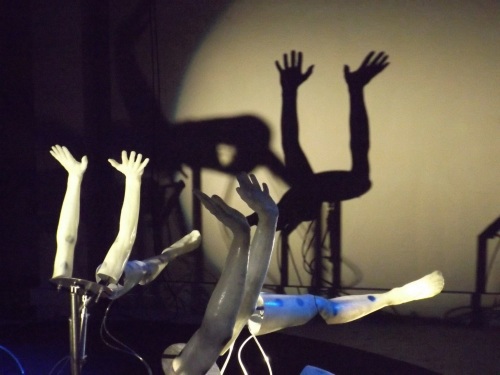 40 Southwark Street, or A pound of flesh for 50p, is an almost life size house made from wax.

The realistic structure is expected to slowly melt and warp providing a new spectacle every day.

The artwork is the work of Alex Chinneck who in 2013 provided Blackfriars Road with its upsid- down building called Miner on the Moon.

But the new house will melt before the upside down building has to make way for a skyscraper.

The Southwark Street house is built with 7,500 wax bricks specially made in Kent. The artist took a year working with experts to develop a visually convincing wax brick. The window frames are also wax.

The melting will be supervised nightly by the artist who believes that the process will itself be art, "a form of carving and shaping".

The installation is part of the month-long Merge Festival which had its opening party at the 'wax house' on Thursday evening.

Guests approaching the melting house found psychological questions had been stencilled on the pavement by Candy Chang who is reworking her Sidewalk Psychiatry which she produced in New York.

Caravan Theatre will be leaving the house's garden to park outside Tate Modern where free live theatre will be available to tiny audiences.

In the same street as the 'wax house', conceptual artists Bompas & Parr are offering the possibility of a 'paranormal experience' at the Kirkaldy Testing Museum. Festival-goers can book their own 15 minute slot for a 'sensed presence experience'.

After tap dancing, which the visitor can control and improvise, the spotlight in the darkened room switches to the robots moving to the sound of the Blue Danube.