A 192-room hotel is planned for the site of Wedge House in Blackfriars Road. 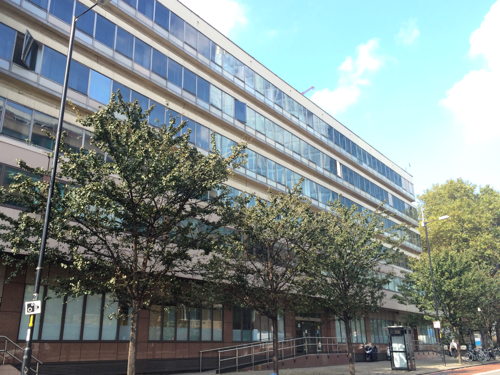 Developers Derwent London are proposing to demolish the former social security office at Wedge House on the western side of Blackfriars Road and replace it with a mixed-use hotel and office development.

The proposed 13-storey development would include a 192-room hotel as well as office space.

In 2007 Derwent received planning permission for an 11-storey office block on the site, but has never implemented the scheme. The office consent was renewed by Southwark Council in 2012.

Wedge House is currently occupied by the Kids Company charity.

If planning permission is granted for the hotel scheme, work could start in March 2015 and be completed in early 2018.