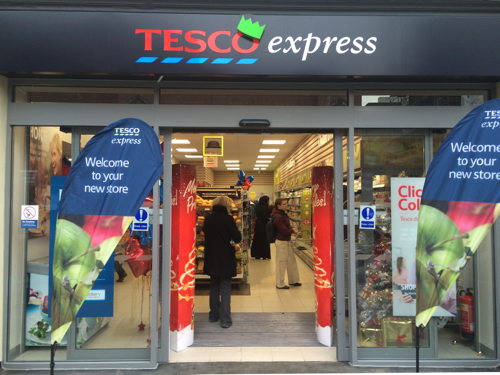 The supermarket chain has had to drop its plans to include a cash machine in the shopfront due to crime concerns.

Lambeth Council refused permission for a cash machine because of the narrow pavement and the store's proximity to a busy bus stop but Tesco took the matter to appeal.

Last week planning inspector Glen Rollings upheld the council's decision on the grounds that the proposed ATM "would be likely to increase crime in the immediate vicinity of the appeal site".

Tesco has now applied to Lambeth Council to extend its alcohol licence to match the store's 24-hour opening times.

Waterloo will soon gain another convenience store with the opening of The Co-operative Food at the corner of Lower Marsh and Westminster Bridge Road.