Rumours that Tesco is planning to open a convenience store next door to Sainsbury's Local in Waterloo Road have been confirmed by the supermarket giant. 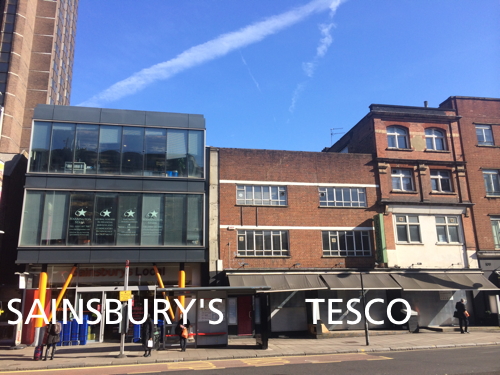 The new Tesco Express will replace the Bangalore Express restaurant which closed earlier this year.

Tesco does not require planning permission for the new shop itself but has now submitted applications to Lambeth Council in relation to the installation of a cash machine and ventilation equipment.

The Sainsbury's Local in Waterloo Road was that chain's first SE1 store when it opened 11 years ago.

News of the new store is the latest manifestation of the convenience store war being played out across the country. The battle seems to be particularly intense on the streets of SE1 where Sainsbury's recently opened opposite Tesco in Great Suffolk Street.

Now Tesco is retaliating with an Express store next to the 24-hour Sainsbury's shop in Waterloo Road.

The Waterloo Road Tesco Express store will be just 360 metres away from the chain's soon-to-open branch in The Cut and 380 metres from the Baylis Road store.

• Lambeth Council recently negotiated an agreement with the developers of the Book Warehouse site at the corner of Waterloo Road and Baylis Road which prevents a convenience food store opening on that site in response to concerns about delivery vehicles blocking the road junction.

Is this a Tesco store too many?