Hundreds of people joined two marches to City Hall on Saturday to highlight the need for more affordable housing in London. 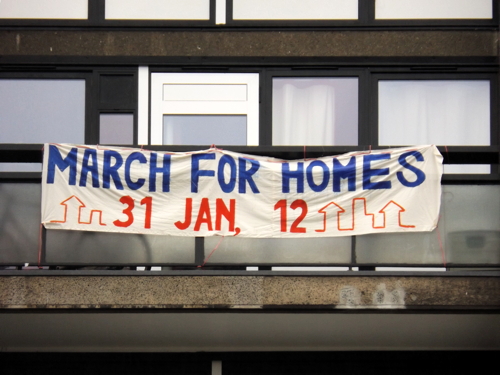 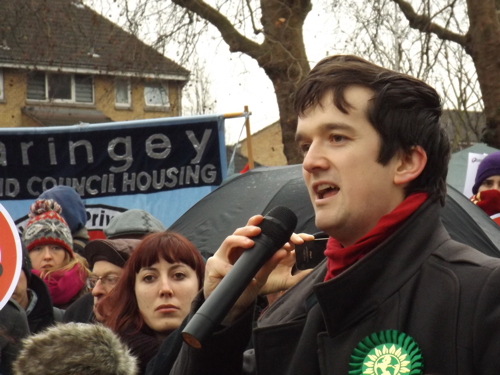 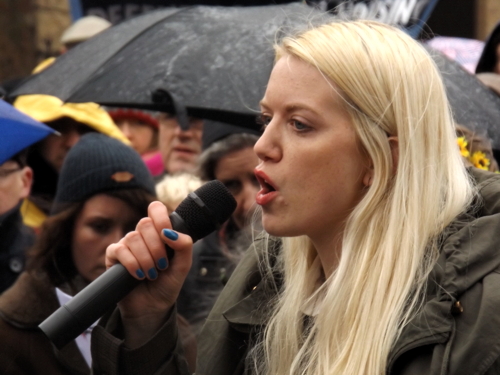 Shelly Asquith, president of the University of the Arts London Students Union, criticised the 'gentrification' of the Elephant 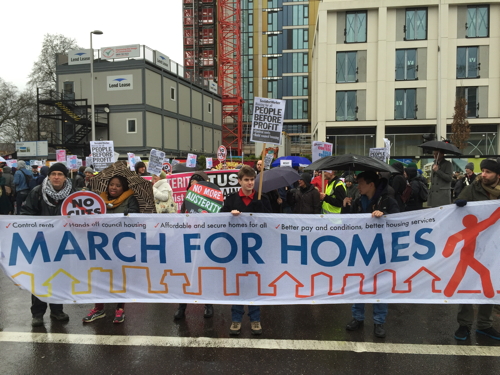 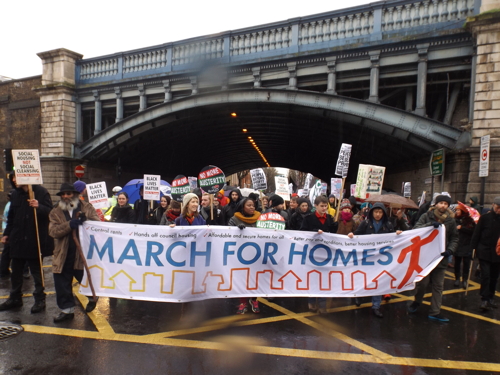 The march organisers published a list of demands including rent controls, an end to the 'bedroom tax' and the construction of new council houses.

The South London leg of the march formed up at St Mary's Churchyard in Elephant & Castle before walking through the site of the Heygate Estate to Bricklayers Arms and up Tower Bridge Road to City Hall.

In his speech at the Elephant & Castle rally the Green Party's Tom Chance highlighted the adjacent One the Elephant skyscraper currently under construction which will have no affordble housing.

Other speakers included Shelly Asquith, president of the University of the Arts Students' Union which represents students at the nearby London College of Communication, and Chris Claridge of the Southwark Group of Tenants' Organisations (SGTO).

The East London contingent assembled in Shoreditch and crossed Tower Bridge to join up with the rest of the march.

Backing the march, April Ashley – Trade Union and Socialist Coalition (TUSC) parliamentary candidate for Bermondsey & Old Southwark – said: "Housing can only be met if homes are built for need not profit. This means that rents should be capped not benefits for the poorest in society."

April is the assistant Unison branch secretary for Southwark Council. She is standing for TUSC in a personal capacity.