Activists staging an 'occupation' of part of the Aylesbury Estate in Walworth have dumped rubble from smashed up flats in the foyer of Southwark Council's offices at Tooley Street. 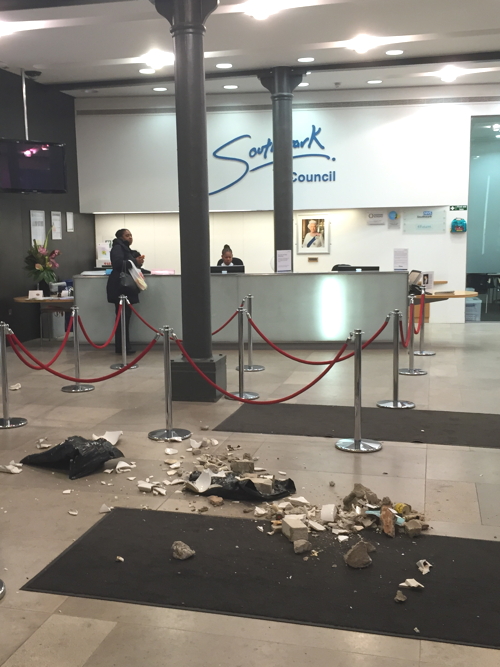 Rubble in the foyer of Southwark Council's HQ 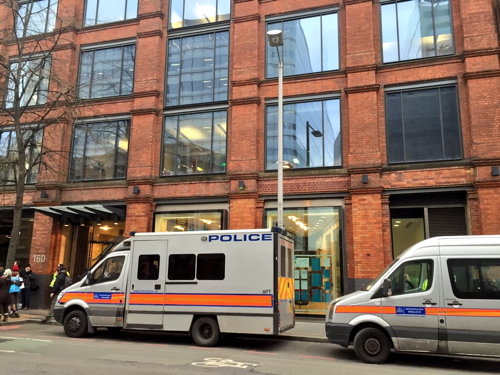 There was a heavy police presence at Tuesday afternoon's demonstration which was called to coincide with a meeting of Southwark's cabinet at the Tooley Street building.

The occupation of Chartridge House on the Aylesbury Estate in Walworth began after the March for Homes on Saturday 31 January.

The activists complained that the council has sent in contractors to smash up flats to prevent the occupation from spreading.

On Monday Southwark Council leader Peter John used his Twitter account to hit out at the occupiers.

He tweeted: "So Aylesbury Estate squatters are making life a misery for Aylesbury residents with 24 hr noise – clearly not on side of ordinary people.