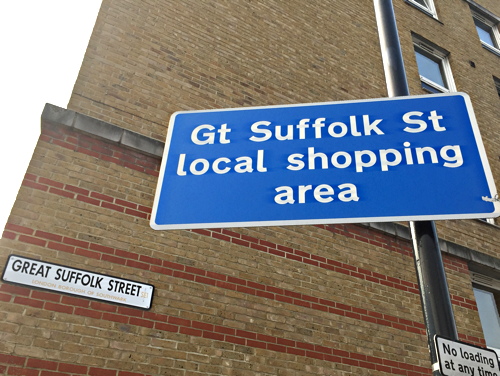 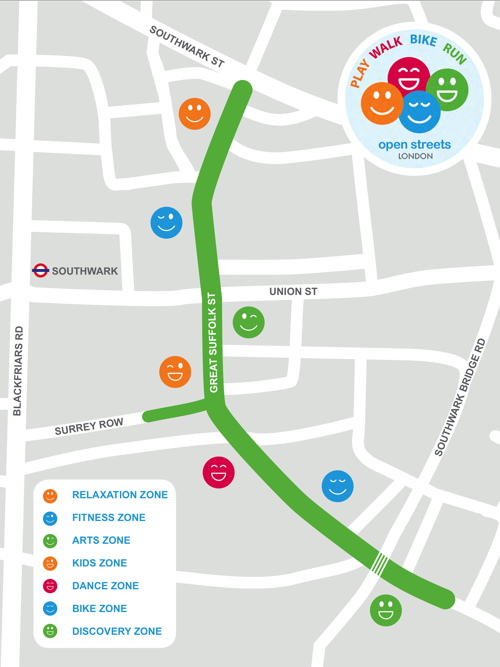 On Saturday 30 May Great Suffolk Street will be closed to motor traffic between 11am and 4pm.

The event's theme is 'Made in Southwark' and dozens of local businesses and organisations will be using the traffic-free space in creative ways.

The street will be divided into seven themed zones – Relaxation, Fitness, Arts, Kids, Dance, Bike and Discovery – each with their own programme of activities.

The event is inspired by a a worldwide movement of 200 similar initiatives around the world.

This year – using funds allocated in 2014 by Borough, Bankside & Walworth Community Council – the trust is staging an event in Great Suffolk Street – a choice of location which doesn't interfere with any bus routes.

Supporters of regular Open Streets-style events in the capital received a boost last autumn when Mayor of London Boris Johnson visited Jakarta and declared himself "blown away" by the car-free Sunday in that city and promised to press Transport for London to consider what could be done in London.

Open Streets London is still seeking volunteers for the event. To get involved or ask questions, email [email protected]

• See the event listing for Open Streets London on Saturday 30 May.