Borough Road was closed to traffic on Tuesday morning while firefighters tackled a blaze at London South Bank University. 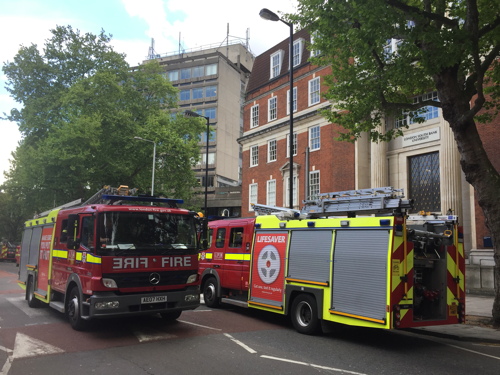 According to the London Fire Brigade, the fire was in a 10th floor plant room in the university building known as Tower Block at the corner of Borough Road and Southwark Bridge Road.

Around 200 people were evacuated.

Seven fire engines, a turntable ladder and other fire brigade vehicles were sent to the blaze, including crews from Dowgate, Lambeth, Old Kent Road, Soho and Whitechapel fire stations.

Investigators found that the fire was caused by an overheated lift motor.