A segregated bicycle track should be constructed along Westminster Bridge Road, says the Mayor of London's cycling commissioner Andrew Gilligan. 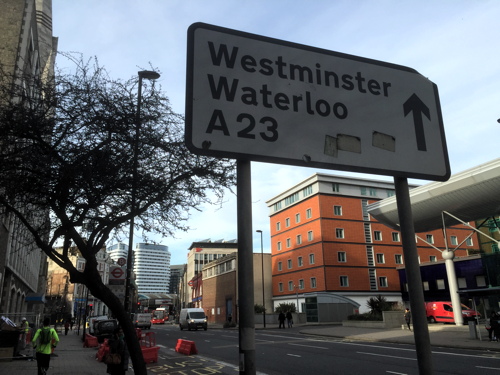 Mr Gilligan was speaking this week at the London Assembly's transport committee.

He told assembly members that he is drawing up a report with suggested next steps for cycling infrastructure in London as Boris Johnson's tenure at City Hall comes to a close.

"The legacy plan I'm producing is going to suggest where new superhighways should be constructed," said Mr Gilligan.

"There are some very obvious gaps in the network being constructed at the moment.

"For instance there is a route that goes from Elephant & Castle up St George's Road and then turns right into Lambeth Road to go up Blackfriars Road [via] St George's Circus.

"In between that there is about a third of a mile of road – Westminster Bridge Road past the old MI5 building and Lambeth North tube station – which hasn't got any kind of segregation.

"That's a very obvious gap to fill. That will be one of the things I'm suggesting. There are others."

Lambeth Council and other local organisations recently carried out their own consultation on the section of Westminster Bridge Road described by Mr Gilligan. A number of changes are planned, but none as radical as a completely segregated cycle route.