A woman - believed to be in her 80s - has been killed in a collision with a lorry at the Elephant & Castle. 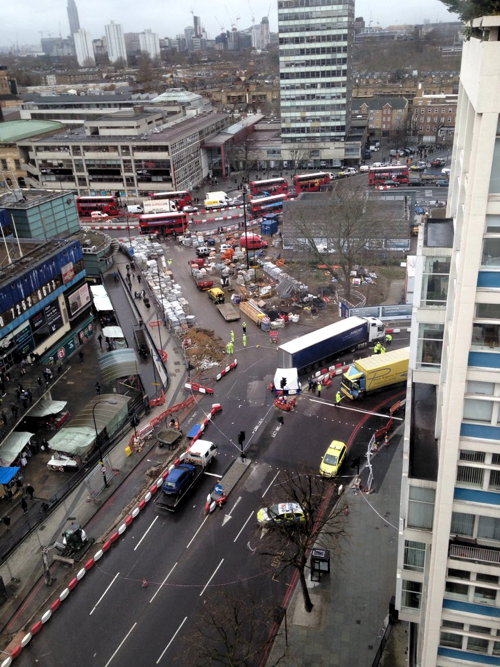 Police were called at 12.34pm on Friday to reports of a road traffic collision at the Elephant & Castle junction involving a lorry and a pedestrian.

The collision took place at the western end of New Kent Road, at the new surface-level crossing between the shopping centre and the Elephant & Castle pub.

The air ambulance landed at the junction but the pedestrian, a woman believed to be in her 80s, was pronounced dead at the scene.

The driver of the lorry was arrested on suspicion of causing death by dangerous driving. He remains in custody at a south London police station.

The Elephant & Castle junction was closed and was significant travel disruption in the area.

"Motorists are being urged to use alternative routes," said a police spokesman.

Any witnesses to the collision are being asked to call police on 101, or to remain anonymous, call Crimestoppers on 0800 555 111.