The Care Quality Commission has lifted the 'special measures' status it imposed on Tower Bridge Care Home after a damning inspection last summer but the watchdog has maintained a 'requires improvement' rating in all areas. 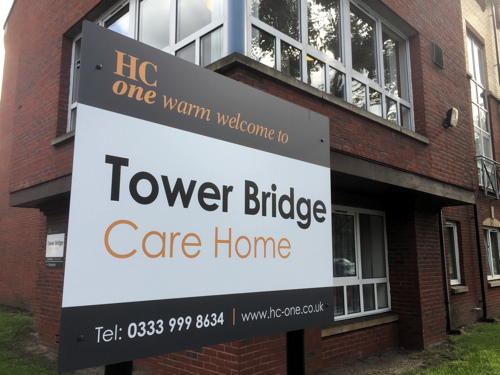 Last summer the CQC gave the Tower Bridge Care Home at Bricklayers Arms the lowest possible rating – 'inadequate' – after an inspection in June.

This month the watchdog published the report on its inspection in November 2015 which awarded the centre an upgraded rating of 'requires improvement'.

"We found improvements compared to our visits in June and August 2015," said the inspectors. "In particular, we found improvements in the way medicines were managed."
However, the CQC also found three breaches of regulation, including two repeated from last June's inspection.

Inspectors were also critical of two instances "where staff who helped people with meals were disrespectful and inconsiderate".

They noted that the home's new manager is "proactive in addressing problems".

The centre's owners HC-One gave this statement to the SE1 website: "Since the inspection in November last year, we have been working hard to implement a robust action plan to make improvements.

"We're pleased the Care Quality Commission has recognised the significant progress we have made, and we will continue to do everything we can to keep building on standards and maintain these improvements.

"We know there is still a lot more to do, and we have taken on board the CQC's latest feedback. Nothing is more important to us than delivering high quality, kind care, and we will strive every day to make sure we provide this for our residents."

Cllr Stephanie Cryan, Southwark Council's cabinet member for adult social care, said: "The report from the CQC shows Tower Bridge Care Home is improving steadily and we are continuing to work with colleagues from health and the CQC to improve standards at the home, which has now been taken out of special measures.

"As a result the embargo on the home has been lifted but we are still making decisions to place people there on a case by case basis and ensuring the residents and their families are fully aware of the home's current status and are encouraged to do their own research or evaluation and consider other venues so they are making a fully informed choice.

"This is in line with recognised good practice and our own commitment to putting people at the centre of their own care decisions."

On 10 February Southwark's healthy communities scrutiny sub-committee heard from Cllr Cryan about the council's decision to lift its embargo on placing residents at Tower Bridge: