Bus route 42 - previously operated with single-decker buses - has now been converted to use double-deck buses. 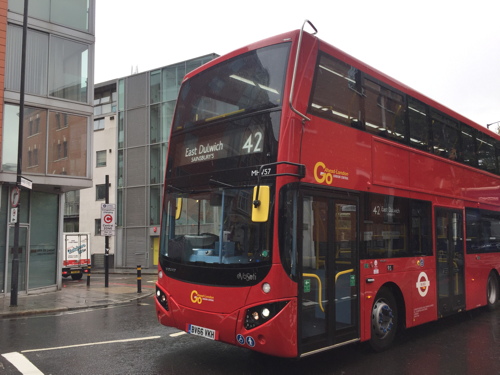 Route 42 previously linked Denmark Hill in the south with Liverpool Street in the north via Bricklayers Arms, Tower Bridge and Aldgate.

From Saturday, the route has been extended in the south to serve the large Sainsbury's store on Dog Kennel Hill in East Dulwich.

The temporary closure of Tower Bridge means that the route will not run further north than Druid Street until the end of the year.