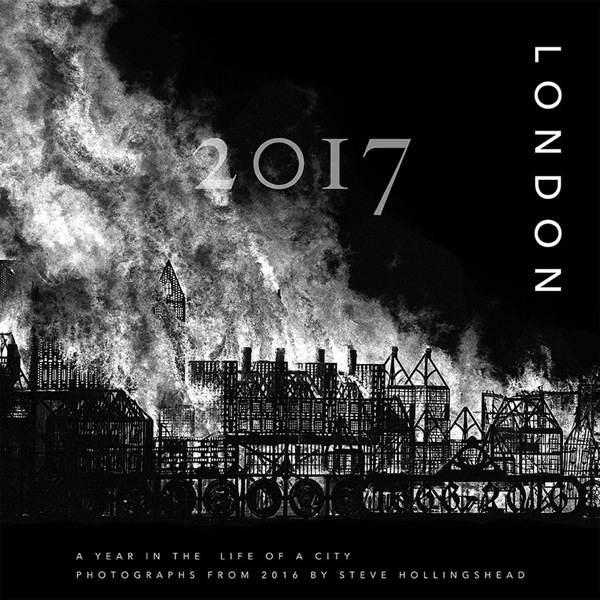 The images of Londoners at events across the city have been taken during each month of this year and are presented to correspond to the same month of 2017.

This year's cover features the burning of a wooden model of the City of London on a barge near Blackfriars Bridge as part of the commemorations of the 350th anniversary of Great Fire of London.

The March image shows people on the South Bank near Oxo Tower Wharf scurrying to escape a sudden downpour.

April's image is of the Catalan St George's Day celebrations at Borough Market, whilst August features the 'Night of Festivals' event held at More London to coincide with the Rio Olympics.

The Great River Race – viewed from the Millennium Bridge – is September's featured event.

The calendar is also on sale at Travelling Through... in Lower Marsh, Waterloo.