Plans to redevelop the former Steve's Bed & Breakfast building in Lower Marsh as a 50-room boutique hotel have been approved by Lambeth's planning applications committee. 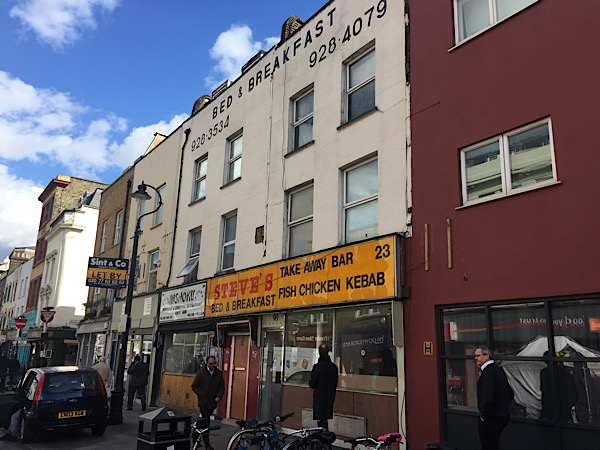 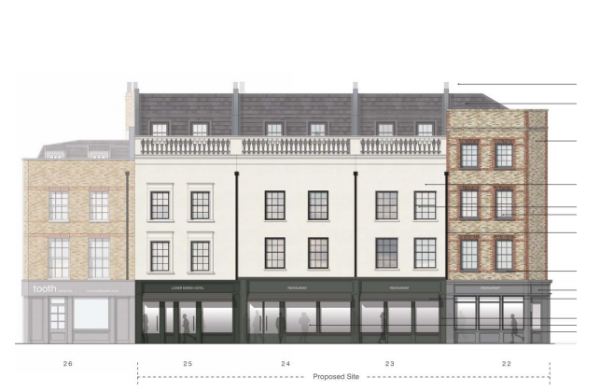 The scheme was first proposed in 2014 and councillors had approved a 40-room version of the same project back in December 2015.

A revised scheme with 50 bedrooms was considered by the planning applications committee on Tuesday night and won unanimous approval from councillors.

The scheme will see the new hotel developed behind the retained facades of the middle section of the terrace.

Planning consultant Peter Twemlow of DP9 told councillors that his client was presenting "well-considered, quality proposals in keeping with the conservation area".

Architect Scott Kyson said he had carried out an "extensive study of the local vernacular" when drawing up plans for the scheme.

Cllr Malcolm Clark lamented the loss of the Bed & Breakfast lettering and phone number at the top of the buildling which have been a familiar sight to train passengers arriving at and leaving Waterloo Station for many decades.