Prince Charles to be The Old Vic’s bicentenary patron

The Prince of Wales has agreed to be patron of The Old Vic as it approaches its bicentenary year. 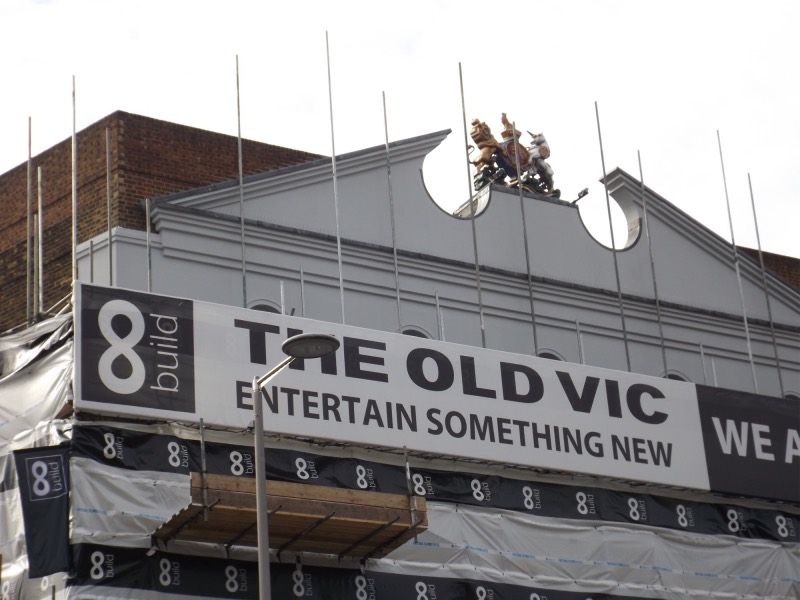 The Old Vic theatre will be 200 years old on Friday 11 May 2018. Its centenary gala in 1918 was presided over by Prince Charles' great-grandmother Queen Mary.

"As Patron of The Old Vic in this its bicenteîary year, I am proud to be continuing a long family connection with this historic theatre," writes the Prince in a special message released from Clarence House on Tuesday afternoon.

"In 1833 Princess Victoria, aged fourteen, was brought to see a ballet here and was so taken with it that she made a sketch of one of the dancers in her diary. That Princess became Queen Victoria, and the theatre was later and affectionately known as The Old Vic.

"Over the years, two of my predecessors as Prince of Wales, who later became King Edward VII and King George V, came to concerts here. In 1918, Queen Mary, my great-grandmother, presided over the centenary gala in which Ellen Terry performed. My mother, when she was Princess Elizabeth, came here to see A Midsummer Night's Dream in 1938, and in 1950 King George VI and Queen Elizabeth attended a performance of Twelfth Night, the first play to be staged in the refurbished Old Vic which had been badly bombed in the war.

"More recently I have had the great pleasure of not only getting to know Kevin Spacey during his twelve years as Artistic Director of the theatre, but also of coming to The Old Vic to see his remarkable performance as Richard III. He has also been an Ambassador for my Prince's Trust, supporting its mission of training and inspiring young people who otherwise would have had little opportunity in life.

"The Old Vic has continued with that vital work. Matthew Warchus, The Old Vic's present Artistic Director, welcomes young people from all backgrounds into programmes such as Stage Business, which helps their presentation and confidence and makes them more employable, or Frontline, where groups of young people shadow the Theatre Manager's front-of-house staff before each show, learning practical skills which have helped many into paid employment.

"Those of us who are fortunate enough to be able to enjoy this country's incomparable theatrical riches, of which The Old Vic is so distinguished a part, can only be profoundly grateful that the theatre is working so hard to welcome new members to the family of the stage."

To mark the Royal patronage and The Old Vic's birthday, the theatre and The Prince's Trust have announced a partnership providing four work placements a year for young participants attending The Prince's Trust's Get Hired projects.

This autumn the theatre wants to hear memories of The Old Vic to feature in the bicentenary celebrations.

The theatre's foundation stone, visible on the wall in Webber Street, was laid in 1816.