Work started earlier this month on the next phase of works to transform the Marlborough Playground in Union Street into a permanent sports garden for the Bankside community. 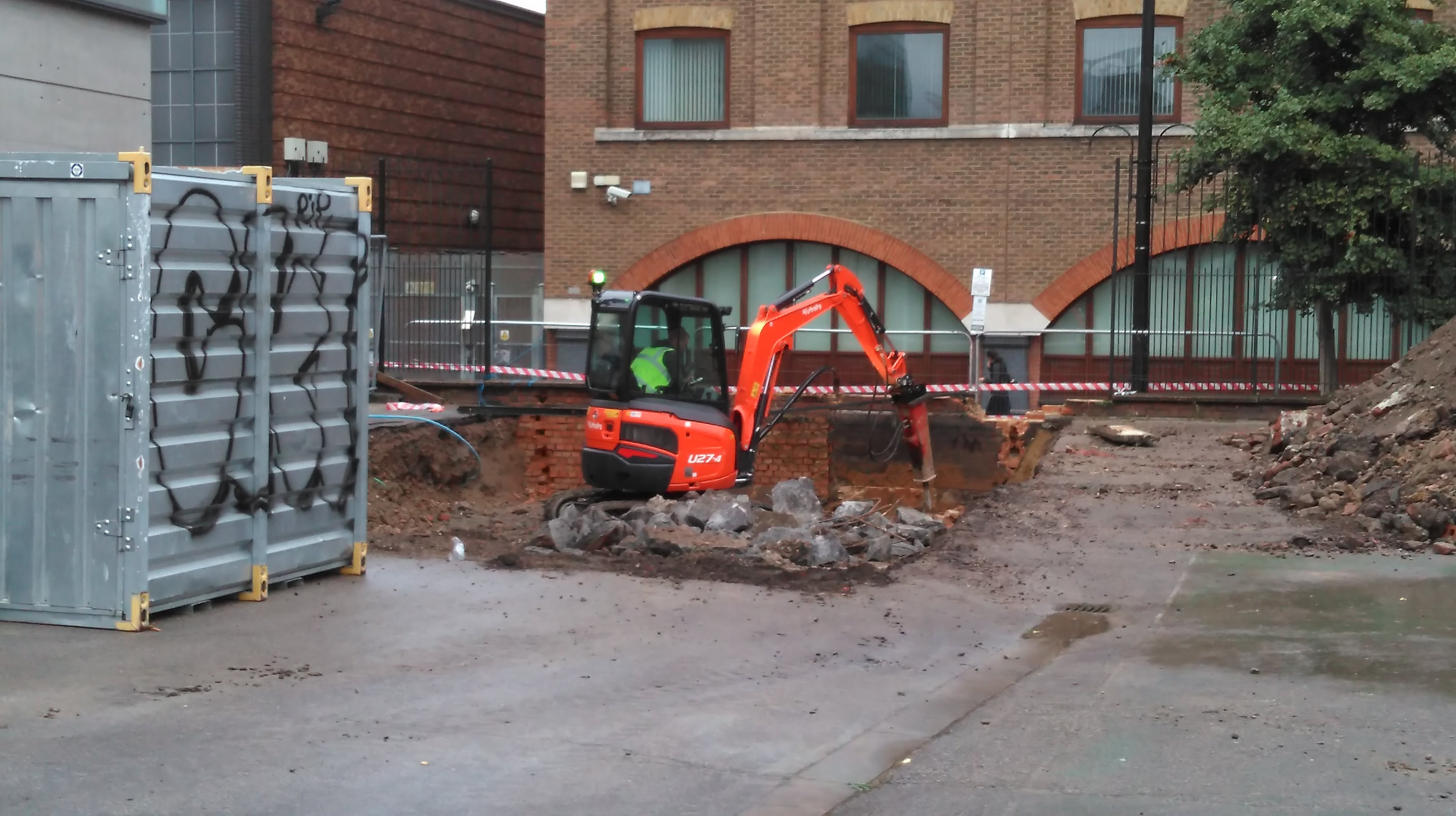 Until 2012 the Marlborough Playground was a vast expanse of hard surface. In that year Bankside Open Spaces Trust used the space to host the Pop-up Mini Olympics which captured the imagination of local people young and old.

Now work is under way to turn the temporary sports facilities into permanent ones. The completed Marlborough Sports Garden will include an artificial turf pitch, a multi-sport sand court, netball and basketball facilities and children's climbing wall. There will also be pockets of planting and green areas, plus a new ramped entrance on Union Street.

"Our vision is to inspire a generation of children to get outside more, get active and have fun in their neighbourhood," said Paul Ely, director of BOST.

"The site will offer competition-level sports pitches to families and schools, with an attached programme of accessible physical activities.

"Our hope is that this will help to improve people's health and wellbeing in an area with one of the highest levels of childhood obesity in the country."

The project has been fraught with complication, not least in dealing with the logistics of building on top of the World War II air raid shelter in the disused Northern line tube tunnel underneath the site.

The access tunnels, which link to others underneath Borough High Street, have not been changed since they were sealed up at the end of the war. BOST has had to work with specialist engineers to overcome the difficulties of developing such a tricky site.

The existing sports pitches will now be closed to the general public throughout the works which are due to be completed in March 2018.

BOST continues to fundraise for the garden seeking additional funds for specialist plants, trees and soil to convert concrete into green walls and habitats for wildlife.

If you'd like to donate or get involved contact the charity directly by email to [email protected].