Views from the Thames Path of the historic Bankside ferryman's seat in Bear Gardens are to be restored after the Real Greek restaurant was told to remove an extension it built without planning permission. 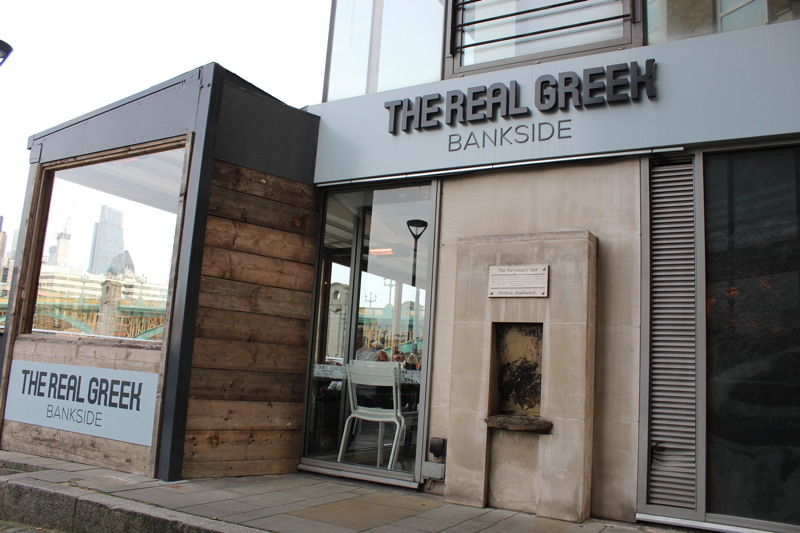 Southwark Council opened a planning enforcement case earlier this year after the Real Greek restaurant built a covered extension on its front terrace which did not have planning permission.

On Tuesday this week councillors approved a planning application for a redesigned open-air terrace with umbrellas and planting.

At present, the Real Greek's extension encroaches onto Bear Gardens, partly hiding the historic ferryman's seat at the side of the restaurant.

The ferryman's seat is a small stone perch used by Thames waterman as they waited to carry passengers across the Thames from Bankside to the City of London.

The seat has been incorporated into successive buildings that have occupied the site.

The Real Greek and the ferryman's seat are at the base of Riverside House, an office block whose best-known tenant is media regulator Ofcom.

Riverside House was purchased earlier this year by Alduwaliya, the Qatari royal family's private property company, for around Ł150 million.