Plans for a controversial modern extension to a Victorian former school building in Roupell Street have been turned down by Lambeth councillors after more than 500 objections from the public. 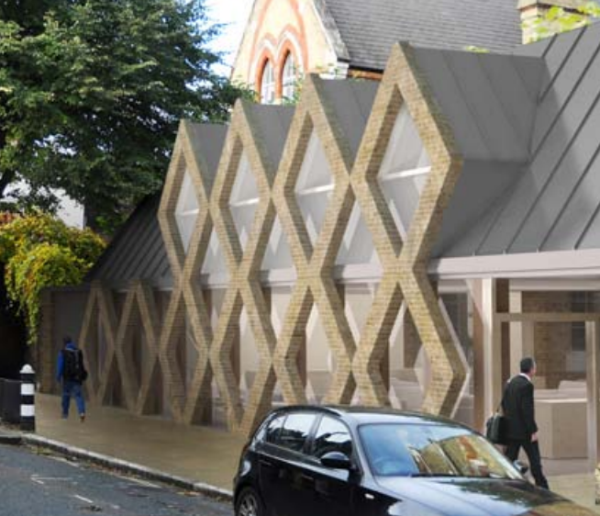 The proposed extension was refused permission by Lambeth councillors 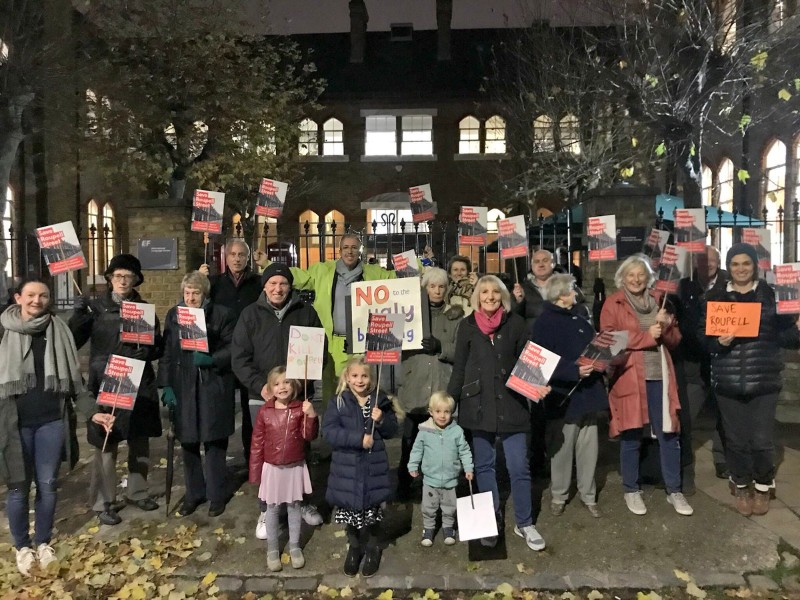 At their meeting on Tuesday night Lambeth's planning applications committee overturned a recommendation from their own officers that permission should be granted.

The former St Andrew's and St John's School in Waterloo's Roupell Street is nearly 150 years old and is a grade II listed building.

Although the courtyard – lined with London plane trees – is now a familiar sight to passers-by, until 1951 the street frontage of the school was occupied by an infants' hall building.

Since 1992 the school has been home to American firm EF's London international language centre.

The EF school has 633 enrolled students, with around 500 on site at any given time. The school employs 50 full-time staff and 40 part-timers.

In 2015 EF caused uproar when it submitted plans for an extension on the Roupell Street side of the school's tree-lined courtyard. This planning application was later withdrawn but earlier this year a revised scheme – removing the proposed basement and including more trees within the courtyard – was submitted to Lambeth Council.

The proposed two-storey extension – designed by Tony Fretton Architects – would include a cafe for staff and students and other ancillary facilities, freeing up space in the main building for teaching use.

The council received 507 objections to the planning application and just four letters in support. Local residents staged a protest outside the school on Monday as councillors prepared to make their decision.

Speaking at the committee meeting, planning officer Dale Jones explained that the proposed extension would be "visually lightweight" and – being glazed – would offer a "significant amount of transparency".

He explained that the diamond design was partly a visual reference to the gables of the former infants' hall building that was demolished after World War II.

Mr Jones said the extension would allow the school to offer a "better quality of teaching facilities", and that the benefits of the scheme would outweigh the harm to the listed building.

The committee heard from Nicola de Quincey – a conservation architect instructed by the Lambeth Estate Residents' Association – who described the extension as "an over-assertive design that does not respect its neighbours".

Roupell Street resident Elizabeth Owens pointed out that whilst homeowners in Roupell Street face "tight control on changes to their properties", planners seemed to happy to countenance much more radical interventions by EF.

"Pulling down five mature trees along should halt this proposal," she said.

Tim Hollins, speaking for the Lambeth Estate Residents' Association, told the committee that EF is "above all a highly successful business, disconnected from the community" and the changes it is proposing are "absolutely not necessary for the school's continuing success".

EF school director Ewelina Lacey told councillors that her company aims to be a good neighbour and contribute to the local economy.

"We feel privileged to look after this historic building in a beautiful part of London," she said.

Ms Lacey said that the proposed extension was of "the highest architectural quality" and that the design had taken heed of the site's heritage.

"We acknowledge that residents care deeply about the area and so do we," she said.

Bishop's ward councillor Ben Kind addressed the committee to object to the application. He pointed out that only a year ago council officers had given EF pre-application advice that its proposal was unacceptable in principle.

Officers later argued that that advice had been issued in error and that the planner concerned had since left the council.

"This is an extremely important decision for the future of the borough and the area," he said, urging committee members to think carefully before voting.

Asked to explain his approach to the scheme, architect Tony Fretton denied that the proposal was contemporary in design, preferring to see it as "an exercise in Neo-Gothic".

The committee voted by 3 to 2 that planning permission should be refused, citing loss of openness, loss of visual amenity, loss of trees and the scheme's impact on the conservation area.

The committee also resolved to refuse listed building consent for the development.