An early 20th-century drawing showing the view of St Paul's Cathedral from Bankside is on show at the Russell-Cotes Art Gallery in Bournemouth. 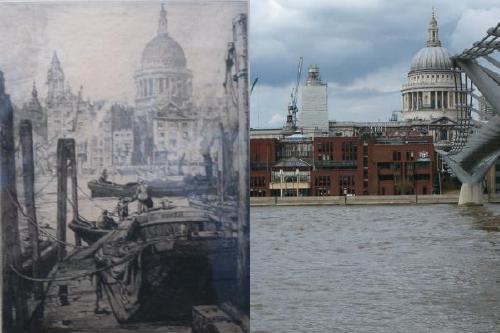 The drawing is by Leslie Ward who chose the scene from a spot known as Mason's Stairs which is now partly covered by the span of the Millennium Bridge.

St Paul's is seen with the tower of St Benet's Church just to the left of the west end. The surrounding City buildings have all been replaced. In the foreground there is Bankside with a moored barge. 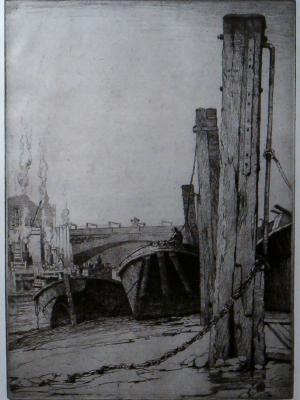 Although the artist is best known for his Dorset scenes, especially Poole Quay, he produced several City sketches including one of Watling Street.

• Looking Out: Works by Eustace Nash and Leslie Ward is at The Russell-Cotes Art Gallery & Museum in Bournemouth, Tue-Sun 10am-5pm, until Sunday 2 May; admission free.