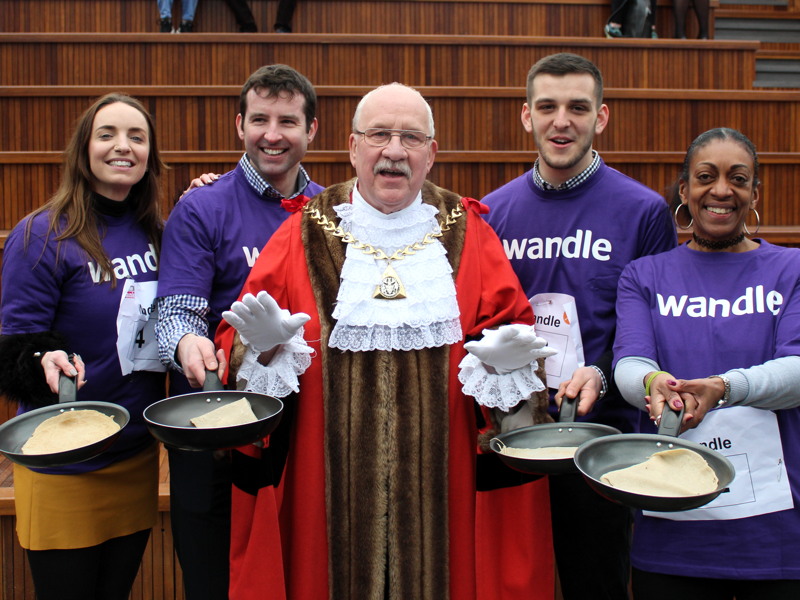 Cllr Charlie Smith with the winning team from Wandle 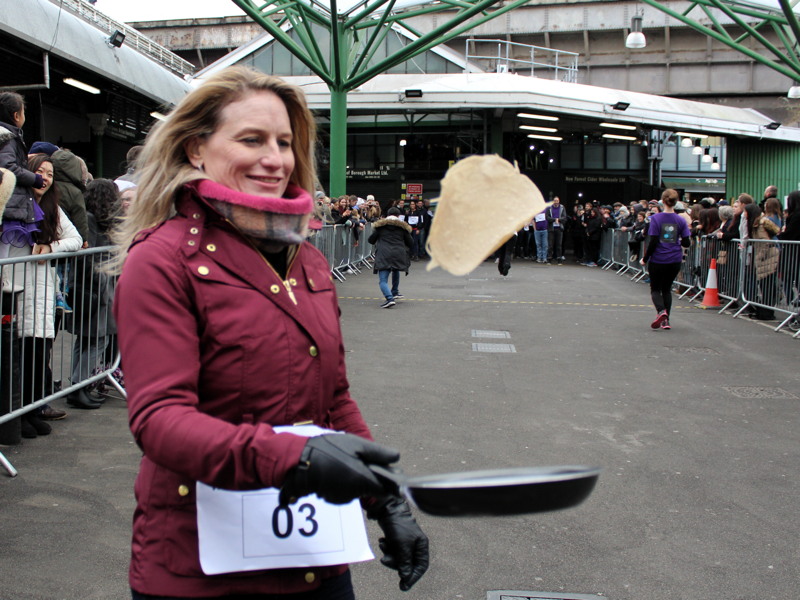 The business improvement district has organised a pancake race every Shrove Tuesday since 2006.

This year's race raised £500 for the Paintings in Hospitals charity based at the Menier Gallery in Southwark Street.

Mayor of Southwark Cllr Charlie Smith donned his running gear to take part in the competition before changing into his mayoral robes for a photo opportunity with the winning team.

Whilst the Bankside race is the longest-established event, this year a record number of other pancake races were held elsewhere in SE1, including the London Bubble Flipping Marvellous Pancake Race at More London and a three legged race at the Where the pancakes are restaurant.

Contests were also held at the London Bridge Farmers' Market on the Guy's Hospital campus.